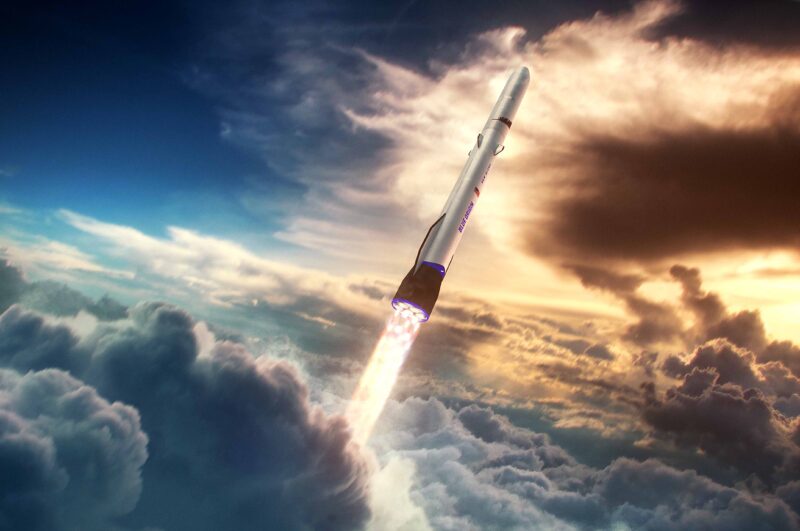 Blue Origin is now able to compete to launch future NASA missions on its New Glenn rocket in development. On Thursday, the agency announced that it has awarded Blue Origin a NASA Launch Services (NLS) II contract.

The NLS II is a contract vehicle under which NASA places orders from commercial providers for launch services as part of its Launch Services Program (LSP). NASA has the option to annually on-ramp new launch service providers and also new launch vehicles from existing providers. NLS II is a multiple-supplier, multiple-award, Indefinite-Delivery/Indefinite-Quantity (IDIQ) contract vehicle with an ordering period through June 2025 and an overall period of performance through December 2027. Each supplier has its own individual contract with LSP.

“We are proud to be in NASA’s launch services catalog and look forward to providing reliable launches for future NASA missions aboard New Glenn for years to come. The award builds on Blue Origin’s existing partnership with NASA and will advance science and exploration to benefit Earth,” Jarrett Jones, senior vice president for New Glenn at Blue Origin commented in a news release.

New Glenn is Blue Origin’s reusable heavy-lift launch vehicle. According to Blue Origin, it’s 7 meter fairing provides more than double the usable volume of any existing launch vehicle. It is designed to carry 45,000 kg to Low-Earth Orbit (LEO), and 13,00 kg to Geostationary Transfer Orbit (GTO).  Now that New Glenn is part of the NSL II contract, NASA project managers can design spacecraft to fly on the rocket.

According to NASA, NLS II contractors must have the ability to successfully launch and deliver a payload to orbit using a domestic launch service capable of placing, at minimum, a 250 kg payload into a 200 km circular orbit at an inclination of 28.5 degrees. Other contractors include on NLS III include ULA for the Atlas 5 rocket, SpaceX for the Falcon 9, and Northrop Grumman for the Antares.

Blue Origin is targeting 2021 for first flight of New Glenn, according to its website. There are already several New Glenn launches contracted with companies including Telesat and Eutelsat. In addition, Blue Origin had a U.S. military Launch Service Agreement (LSA) for New Glenn, but the rocket lost out on National Security Space Launch (NSSL) awards, which were given out in August to SpaceX and ULA. Earlier this year, the U.S Air Force said LSA funding to Blue Origin and Northrop Grumman would end by the end of 2020.