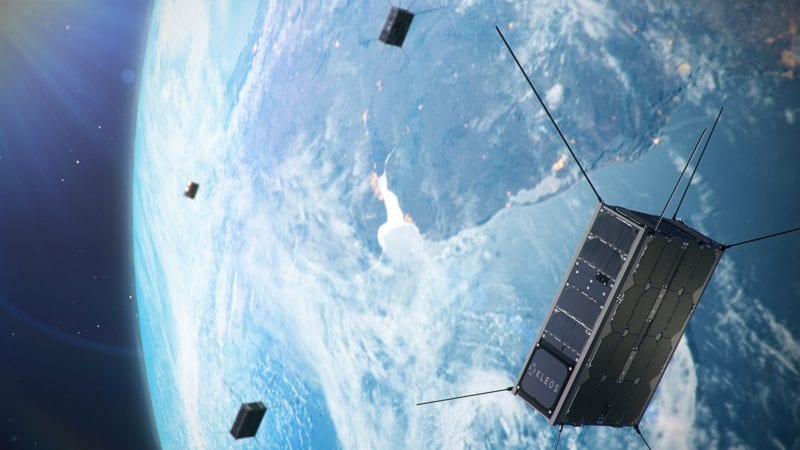 The Scouting Mission for Luxembourg-based data-as-a-service company Kleos Space is set to launch on the Indian Space Research Organisation’s (ISRO) PSLV-C49 Mission, targeted for early November. The PSLV-C49 Mission will take off from Satish Dhawan Space Centre (SDSC), at the Sriharikota Range (SHAR) in Andhra Pradesh in India.

Kleos’ said in a Sept. 11 release that its four satellites have been mission-ready since the middle of 2019, and were shipped to the launch site in February ahead of a planned mission in March, which was delayed due to the COVID-19 pandemic. Spaceflight Inc. is organizing the rideshare, and the launch is managed by NewSpace India Limited (NSIL), a Government of India company under the Department of Space. The satellites were originally scheduled to launch in 2018 on a Rocket Lab Electron rocket and then moved to ISRO.

The Kleos Scouting Mission (KSM) is designed to deliver commercially available data and perform as a technology demonstration. KSM will be the keystone for a later global high capacity constellation. Kleos plans for this mission to deliver targeted daily services with the full constellation delivering near-realtime global observation.