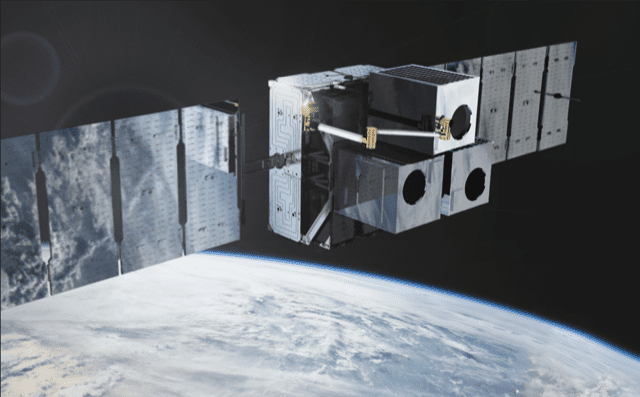 Made In Space Europe (MIS EU) is partnering with Momentus to develop a robotic spaceflight mission planned for 2022. The companies announced Tuesday that the mission will pair the technologies of Momentus’ Vigoride in-space transportation vehicle and Made In Space Europe’s robotic arms.

The companies plan to equip a Vigoride orbital transportation platform with a MIS EU robotic arm, which will perform cooperative capture and manipulation of microsatellites. They say a successful demonstration mission would provide flight heritage to commercialize this technology. MIS EU General Manager JJ Jaworski answered questions for Via Satellite about this deal over email.

VIA SATELLITE: How did this deal come about?

Jaworski: Both Made In Space Europe and Momentus Space are developing technologies that have the potential to quickly improve how in-space transportation services are performed. We share a vision of how robotic arms can scale commercial space technology and services, particularly Vigoride and orbital transportation. The opportunity to demonstrate these technologies in space, together, is largely beneficial compared to flying either technology alone. A demonstration of Momentus’ Vigoride and our robotic arms together will expedite commercial adoption of these technologies as a complete system, and will help to build a framework for the coming generation of robotic space technologies.

VIA SATELLITE: Have robotic arms ever been used for in-space transportation? Why is this an application you have chosen to pursue?

Jaworski: This is the first planned flight mission in which our robotic arms will be used for in-space transportation. Our robotic arms are designed using modular components. Configured from a family of developed-in-house components, our robotic arms can be scaled up or down to optimize mass, volume, and performance for nearly any operation in various orbital environments.

VIA SATELLITE: What is the first step for this partnership? How will the teams work together between Luxembourg and California?

Jaworski: The first step was kicking off the partnership with a Memorandum of Understanding. Momentus and Made In Space Europe have begun the technical development and collaboration aimed at readying the technology for a flight mission in 2022. Ahead of integration efforts in late 2021 the two organizations are working closely to finalize the details of the flight mission, and to ensure qualification efforts across the entire system.

Made In Space Europe was born from an American company Made In Space, which is based in Florida and now a Redwire company]. We feel keenly positioned to work with international partners, and recognize the United States as a particularly active participant in the current commercial space marketplace. We look forward to building on a legacy of successful international cooperation.