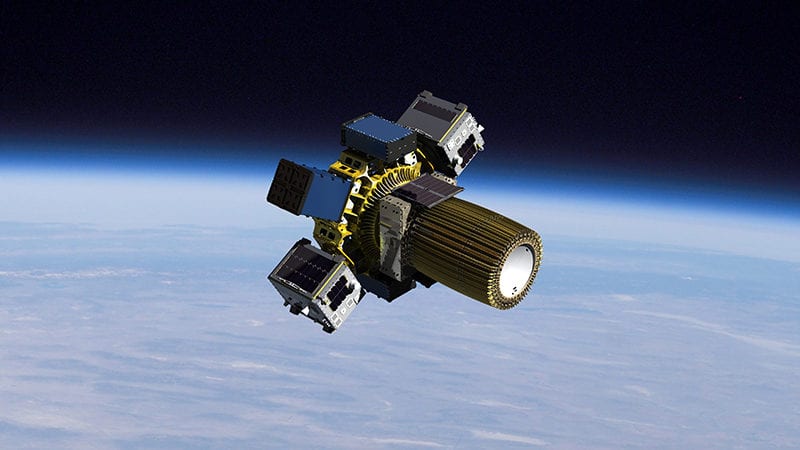 Spaceflight revealed Wednesday that it will be flying its next generation orbital transfer vehicle, Sherpa-FX, on a fully dedicated rideshare mission with SpaceX. The mission, called SXRS-3 by Spaceflight, is scheduled to launch on a Falcon 9 no earlier than December 2020. Spaceflight has contracted 16 spacecraft for this mission from organizations including iQPS, Loft Orbital, HawkEye 360, NASA’s Small Spacecraft Technology program, Astrocast, and the University of South Florida Institute of Applied Engineering.

In addition to the customer spacecraft, Sherpa-FX will transport multiple hosted payloads including one for Celestis, as well as several that will demonstrate technologies designed to identify and track spacecraft once deployed. Technologies onboard Sherpa-FX include payloads by NearSpace Launch, Keplerian Technologies, and their hardware partner Tiger Innovations and Space Domain Awareness. These payloads aim to provide spacecraft developers an independent capability to identify and track their spacecraft without drawing on the host spacecraft resources.

“Spaceflight is committed to providing unmatched launch flexibility for customers — whether that’s re-manifesting on a different vehicle due to delays, deployments to exotic or special orbits, or the ability to fly and operate hosted payloads,” said Grant Bonin, senior vice president of business development for Spaceflight Inc. “In-space transportation is essential to meeting our customer’s specific needs to get their spacecraft delivered to orbit exactly when and where they want it. If you think of typical rideshare as sharing a seat on a train headed to a popular destination, our next-generation Sherpa program enables us to provide a more complete ‘door-to-door transportation service’.”