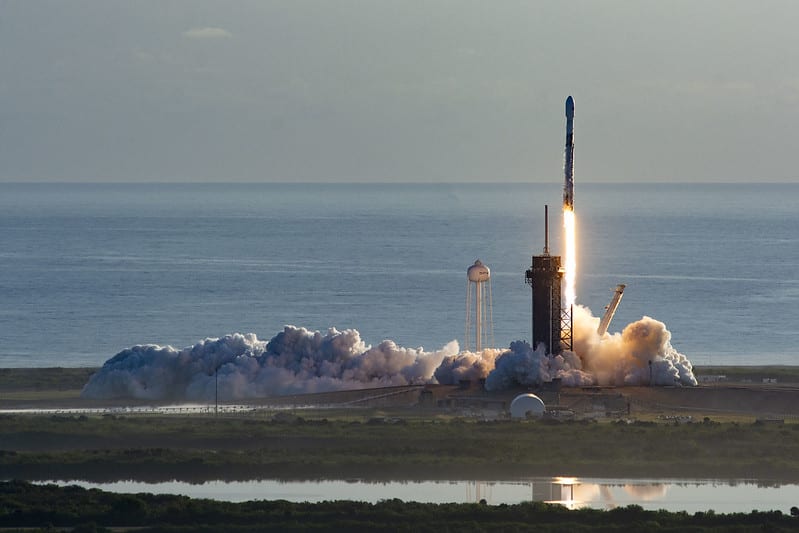 SpaceX launched yet another batch of 60 Starlink satellites on Wednesday morning and used a first stage booster for the fifth time, but did not successfully land that booster — marking the second Starlink launch in a row with a missed booster landing.

“Unfortunately, we did get confirmation that we were not able to land that first stage today,” SpaceX lead manufacturing engineer Jessie Anderson said in the live broadcast. “We are obviously disappointed.”

The booster reached a milestone, however, as it was the first to be flown for the fifth time. “Most reflights ever!” SpaceX Founder Elon Musk tweeted after the launch.

The Falcon 9 took off from Space Launch Complex 40 (SLC-40) at Cape Canaveral Air Force Station in Florida, on Wednesday at 8:16 a.m. EST. The satellites deployed about 15 minutes after liftoff.

In addition to boosters, SpaceX is also beginning to reuse fairings, and this launch was the second time SpaceX has re-flown a full payload fairing. Neither fairing half was caught by the recovery vessels, but both were recovered after landing in the water, SpaceX tweeted. The fairing was previously used in the first Starlink mission.

The launch brought SpaceX’s total to more than 360 as it builds up its Low-Earth Orbit (LEO) constellation to provide low-cost, low latency internet. SpaceX launched batches of 60 Starlink satellites earlier this year on Feb. 16, Jan. 29, and Jan. 7. Before that, 60 were launched both in May and November of 2019, and SpaceX also launched two prototype Starlink satellites in February 2018.

SpaceX plans for Starlink to provide fast, reliable internet service to unserved and underserved areas. Regulatory filings suggest that the company is planning for a constellation of at least 42,000 satellites. Musk shut down the idea that SpaceX is considering splitting Starlink for a potential IPO, speaking earlier this month at SATELLITE 2020. “We are thinking about that zero,” Musk said, emphasizing the key focus with Starlink is on making it work.