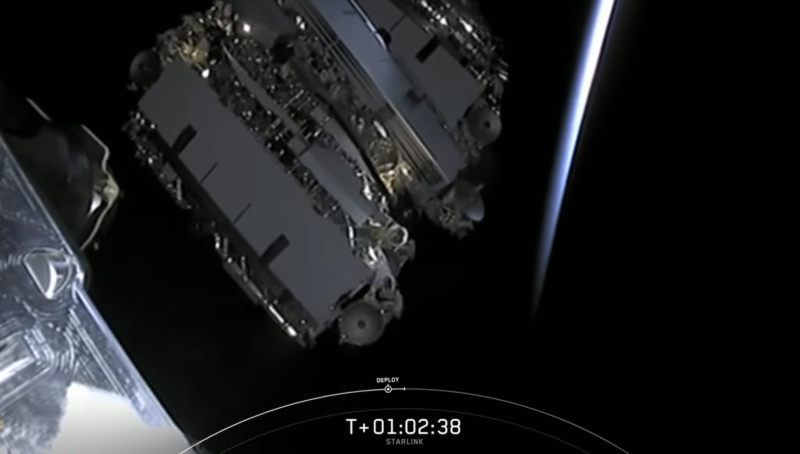 SpaceX launched its fourth set of Starlink satellites on a Falcon 9 from Space Launch Complex 40 (SLC-40) at Cape Canaveral Air Force Station in Florida, on Wednesday at 9:06 a.m. The satellites were deployed about an hour after liftoff.

Falcon 9’s first stage previously launched Crew Dragon on its first demonstration mission in March 2019, and the RADARSAT Constellation Mission in June 2019. The first stage was recovered on the droneship Of Course I Still Love You for the third time. In addition, recovery vessel Ms. Tree, caught the payload fairing half at about 42 minutes after liftoff, in what Lyons called a “big deal.”

SpaceX’s last Starlink launch included one satellite to test an experimental darkening treatment to reduce the light reflection on satellites, which can be an issue for astronomers. Lyons said in Wednesday’s live broadcast that SpaceX does not have results from that test yet because it takes a few weeks for satellites to reach their intended orbit.