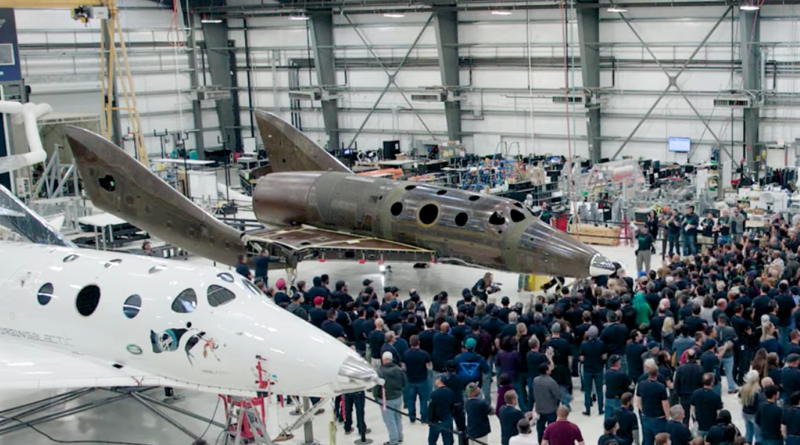 Virgin Galactic has reached the “Weight on Wheels” milestone in the build of its second commercial spaceship, the company announced Tuesday. All major structural elements of the vehicle were assembled, and the vehicle deployed its main landing gear and carried its own weight for the first time, a sign of progress for Virgin Galactic’s space vehicle fleet by subsidiary The Spaceship Company.

The team will now work to connect the vehicle’s integrated systems, including the flight control systems from fuselage to tail booms, as well as completing the final structural closeouts. As this work is completed, the spaceship will be positioned in the hangar for the start of integrated vehicle ground testing, a precursor to the start of its flight test program.

“Flight on Wheels is an important milestone because it gets us closer to having an operational fleet of spaceships. This is a critical milestone in the build of any airplane or any spaceship because it signifies major structural assembly is complete. It allows … us to start to prepare the vehicle for its ground testing,” Spaceship Company President Enrico Palermo said in a video.