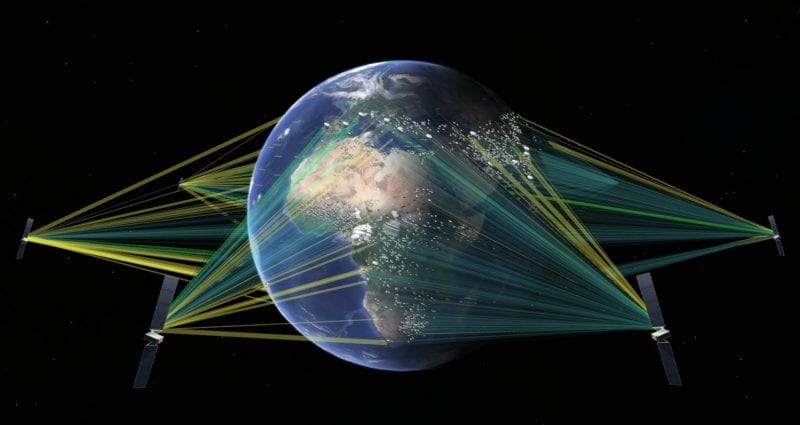 SES selected SpaceX as a launch partner to deliver its next-generation Medium-Earth Orbit (MEO) satellite constellation into space on board Falcon 9 rockets from Cape Canaveral. The two companies have disrupted the industry in the past when SES became the first to launch a commercial GEO satellite with SpaceX, and later as the first ever payload on a SpaceX reusable rocket. Their next launch, in 2021, will be another one for the records as the revolutionary terabit-scale capabilities of SES’s O3b mPOWER communications system disrupt the industry again.

The global O3b mPOWER system comprises an initial constellation of seven high-throughput, low-latency MEO satellites, each capable of generating thousands of electronically-steered beams that can be adjusted to serve customers in various markets including telecom and cloud, communications-on-the-move, and government. O3b mPOWER also will include a variety of application-specific customer edge terminals integrated with SES’s terrestrial network and optimized using the recently announced Adaptive Resource Control (ARC) software system.

“Momentum in the O3b mPOWER ecosystem is accelerating quickly as we continue to build the right partnerships to bring this massively innovative communications system to market,” said Steve Collar, CEO of SES. “Working with SpaceX as our launch provider is fitting because in the last seven years we have already jointly made multiple revolutionary industry advancements that make access to space innovation more cost-efficient and unlock new opportunities in critical markets. We are delighted to have SpaceX as partners for our historic O3b mPOWER launch, and together, we will extend high-performance connectivity to all who have limited access to it today.”