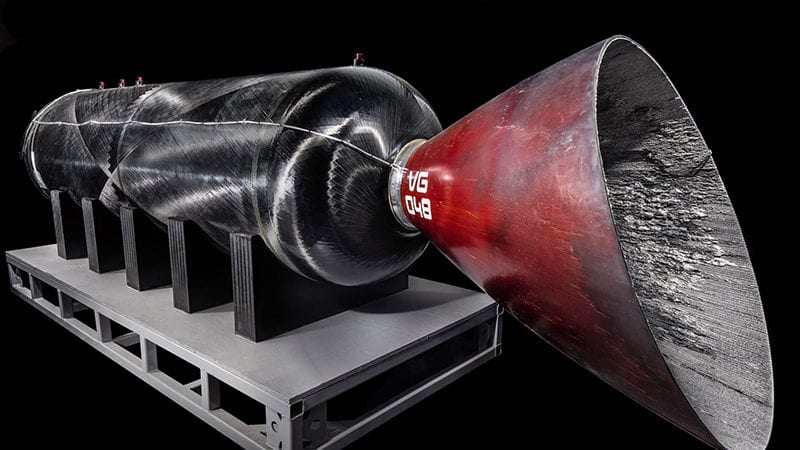 Virgin Galactic and The Spaceship Company (TSC) staff and guests today at the Smithsonian’s National Air and Space Museum in Washington, D.C. revealed that the hybrid rocket motor which powered SpaceShipTwo, VSS Unity, to space for the first time on Dec. 13 last year, has been donated to the museum. The rocket motor was unveiled during the ceremony and will be exhibited in the museum’s planned, new commercial space flight gallery to be called ‘Future of Spaceflight.’

Designed and built by TSC, Virgin Galactic’s sister manufacturing organization, the motor has been confirmed by Guinness World Records as the most powerful hybrid rocket to be used in manned flight–  a title which will be shared by both companies.

Weighing in at approximately 3,000 pounds, with 320kN of thrust and a burn duration of around 60 seconds, the motor created sufficient energy to propel VSS Unity to space at almost three times the speed of sound. TSC, based in Mojave, CA, will be supplying Virgin Galactic with all rocket motors required to meet its test and commercial flight requirements, both for VSS Unity and for the SpaceShipTwo fleet which will follow — those vehicles also built by TSC for Virgin Galactic.