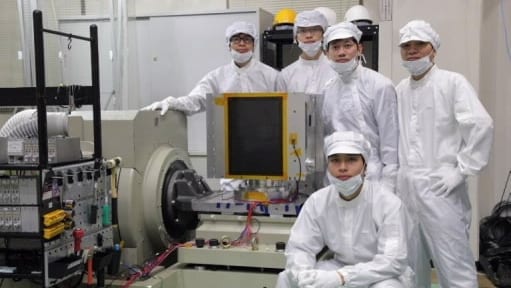 MicroDragon will be launched with the assistance of Japan in December. Photo: VNSC

MicroDragon, a miniaturized satellite developed by Vietnamese engineers, is scheduled to be launched in December with the assistance of Japan. The launch was announced on October 18 by the Vietnam National Space Center (VNSC), as part of a joint Vietnam-Japan project on disaster and climate change prevention using earth observation satellites.

According to VNSC Deputy Director Vu Anh Tuan, the project has helped establish a disaster warning, resource management, and environmental monitoring system by developing the infrastructure of the VNSC and transferring satellite manufacturing technology. Vietnam’s earth observation satellite is expected to provide imagery of a specific area within 6-12 hours, compared with at least two days when ordering from a satellite imagery provider.

The satellite will be used as a tool to help with preventing and mitigating the impact of natural disasters and climate change as well as managing natural resources. Prior to MicroDragon, Vietnam had previously built PicoDragon, weighing 1 kilogram and was launched into orbit in November 2013. In the future, Vietnam plans to manufacture LOTUSat-1 and LOTUSat-2, two radar satellites weighing approximately 600 kilograms each.