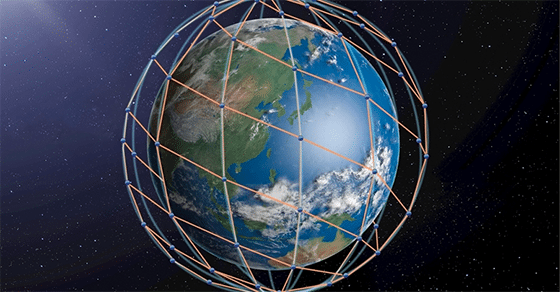 There is little doubt that the growth of satellites in Low Earth Orbit (LEO) and Medium Earth Orbit (MEO) will continue to be a hot topic for years to come at shows like Satellite and World Satellite Business Week (WSBW). A number of executives joined a panel, “Next Steps for NGSO Satellite Constellations,” to discuss the prospects for new constellations and where they could go next at WSBW in Paris this week.

Operators to watch in this area include Telesat, which out of all of the big, traditional Geostationary Orbit (GEO) operators, is investing heavily in LEO. Telesat Vice President (VP) Erwin Hudson admitted that “many people have been surprised that an operator like Telesat is doing LEO.” He said that Telesat became aware of the limitations of GEO satellites for broadband. “We need a system of many terabits of capacity. We put all those requirements together, and it lead us to a particular LEO solution. It provides full global coverage. We expect to sign the full contract (for the buildout of the system) in the second quarter of next year.”

Telesat is hopeful that it will start launching the constellation over the next 3 to 4 years. “We found that global coverage is very important (to potential customers). Our plan is to launch services in many markets. We are focused on aerospace and maritime, as an example, but the system can also be tuned to serve the consumer market. We are trying to design a system that doesn’t scale to a certain size than stop. We want to design a system that has natural growth. We are looking at 292 satellites as a full constellation. But, the system could still scale further,” Hudson added.

LeoSat is another player to watch in this market, and it is now boosted by the fact that both Sky Perfect JSAT and Hispasat will be adding their extensive expertise to the project. LeoSat Chief Executive Officer (CEO) Mark Rigolle said the company was now preparing to close Series A financing by the end of the year. LeoSat has also reached a key milestone by saying that it had crossed the $1 billion mark for customer commitments. “We are getting a lot of traction across all the verticals we are going after, too. We are not part of the telecoms solution. We are the telecoms solution. Satellite systems limit themselves as part of a terrestrial solution,” Rigolle said.

One of the most talked about companies in satellite right now is OneWeb, with its ambitious plans to launch a huge constellation of satellites to serve a number of different markets. “We are living a revolution today with the explosion of connectivity across the world,” OneWeb CEO Eric Beranger said. “We need all types of infrastructure to serve these needs — satellite, terrestrial links. We are bringing to the table this seamless contribution to the overall infrastructure. We are a global telecoms operator. We are not a satellite operator. We are part of the telecoms community. We are bringing terrestrial like performance in broadband. We are bringing huge data rates everywhere on Earth. We are the frontrunners (in doing these kind of projects).”

Beranger was less keen to talk about the overall costs of the system, only saying that the cost per satellite is less than $1 million but more than the original target. But, he said OneWeb remains confident it can close the business case for its system.

SES Networks CEO J.P. Hemingway spoke about what he called SES’s unique hybrid capability and its ability to combine MEO and GEO satellites into one, overall architecture. SES now has 16 satellites in MEO, with over four years experience in operating satellites in that orbit. He also said that Boeing will be able to deliver more performance than anticipated for its mPower satellites, which was the big announcement of WSBW last year. He spoke of satellite’s need to go mainstream and highlighted a recent collaboration with IBM as an example of the changing nature of how deals are being down between satellite companies and global enterprises.

Iridium CEO Matt Desch said that with the launch of the full Iridium Next constellation almost complete, Iridium’s business is starting to accelerate and the company is seeing strong revenue growth. In terms of the positioning of Iridium going forward, “I don’t think Iridium competes with (any of the other players up on stage),” he said. “We have always been different from other broadband networks. We have built a $3 billion broadband network and don’t want to be doing the same things others are doing. We really need to differentiate ourselves. We are rapidly becoming a satellite Internet of Things (IOT) company. That is the strongest growing area for the company.”