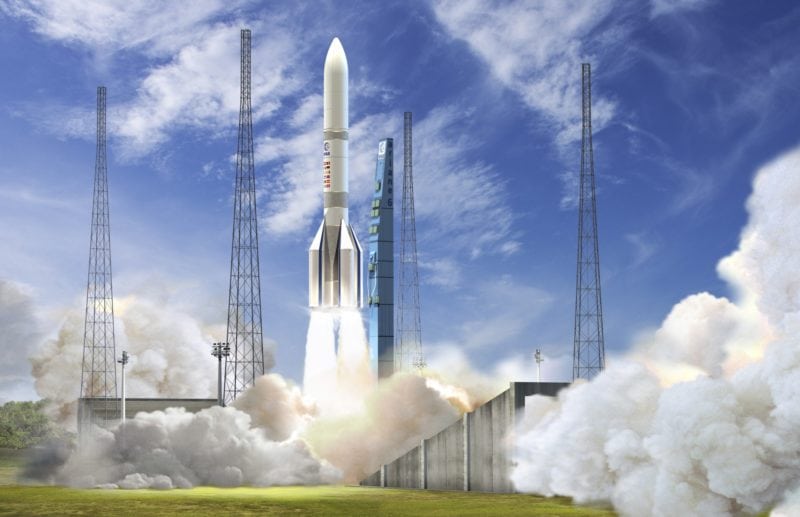 Arianespace and Eutelsat Communications have concluded a long-term multiple-launch service agreement during World Satellite Business Week in Paris. The agreement covers five launches until 2027 and will provide Eutelsat with assured access to space with schedule flexibility at cost effective prices. With this agreement, Eutelsat is the first commercial customer to sign up to Ariane 6, Arianespace’s next-generation launch vehicle, expected to start service from 2020.

This new long-term commitment builds on the previous contract signed by Eutelsat and Arianespace in February 2013, which was expanded in 2017. Under these earlier agreements, three future Eutelsat satellites, Eutelsat 7C, Eutelsat Quantum and Konnect, are already scheduled for launch on Ariane 5.

“We are proud to be the first operator to commit to Ariane 6,” Eutelsat Communications Chief Executive Officer Rodolphe Belmber said in the announcement. “This emblematic European program will further enhance our ability to gain access to space in a timely, competitive and reliable manner. It strengthens our relationship with our long-standing partner, Arianespace, which has already been entrusted with the launch of half of our fleet. Furthermore, it illustrates the key role of Eutelsat in the development of the space sector, while underpinning our commitment to enhancing the efficiency of our satellite programs.”