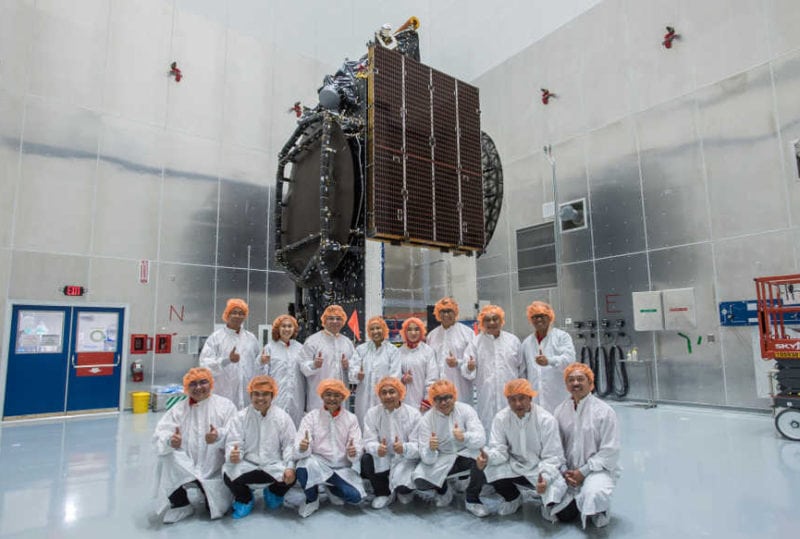 Engineers in front of the Merah Putih satellite. Photo courtesy of PT Telkom

SpaceX has successfully launched a satellite for one of Asia’s biggest telcos. The company confirmed early this morning that its Falcon 9 had successfully lifted off from Space Launch Complex 40 (SLC-40) at Cape Canaveral Air Force Station, Florida carrying the Merah Putih mission for PT Telkom Indonesia. The satellite was deployed approximately 32 minutes after liftoff into its targeted Geostationary Transfer Orbit (GTO).

Merah Putih is a geostationary commercial communications satellite which will be operated at an orbital position of 108 degrees East. The satellite, built by SSL based on their SSL 1300 platform, will be integrated into PT Telkom Indonesia’s greater network to provide service to Indonesia and other areas in South and Southeast Asia. Merah Putih, which stands for the red and white colors of the Indonesian flag, will carry an all C-band payload capable of supporting a wide range of applications, including providing mobile broadband across Indonesia and Southeast Asia.

The launch of Merah Putih represents the 60th successful flight of SpaceX’s Falcon 9 rocket since it entered service in 2010.