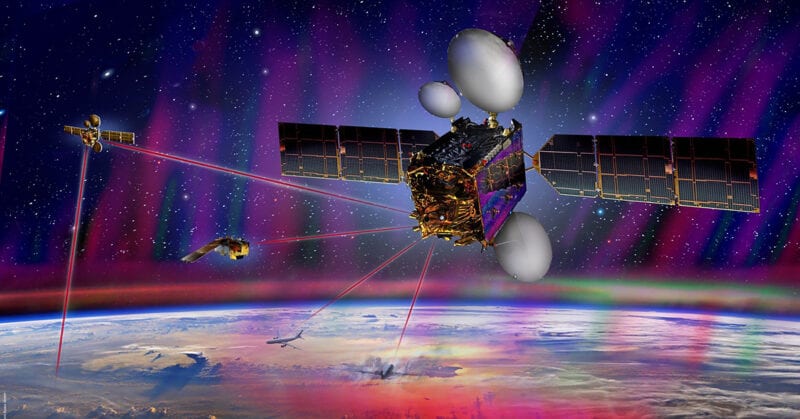 Launched in August 2019 and located at the 31 degrees East orbital slot, EDRS-C will serve as the second node of Airbus’ SpaceDataHighway constellation — billed as the world’s first laser communication geostationary constellation. The European Data Relay System (EDRS) at the base of the SpaceDataHighway is a public–private partnership between the ESA and Airbus, with the laser terminals developed by Tesat-Spacecom and the DLR German Space Administration.

“[SpaceDataHighway] represents a game changer in the speed of space communications, using cutting-edge laser technology to deliver secure data transfer services at a rate of 1.8 Gbit/s in near-real time,” Airbus said in a company statement.

EDRS-C doubles the Airbus constellation’s transmission capacity. A total of 15 satellites are scheduled to join the SpaceDataHighway system by 2030.