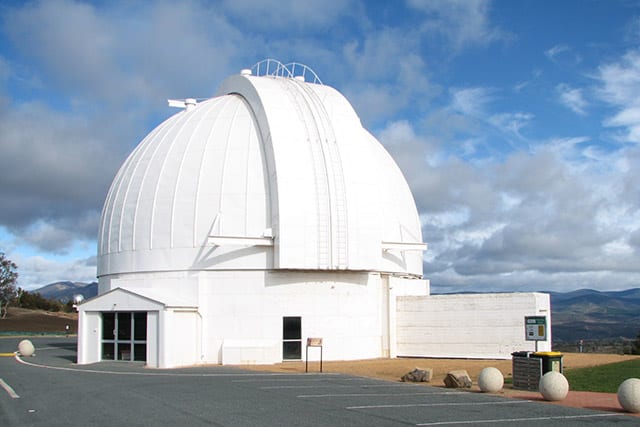 Matt Dieterich, Technical Services Manager of PlaneWave Instruments, told Via Satellite that the telescope will move to track satellites as they move across the sky and center the satellite as to allow lasers to send and receive data.

“The telescope will collect laser light sent down from the satellite,” Dieterich explained. “Imagine fiber-optic internet, just without the fiber, that is FSOC in a nutshell, and the telescope plays the crucial role of collecting the light from the satellite moving across the sky. The telescope will also serve as a platform to send laser light back to the orbit satellite. Similar to radar ground stations for communicating with satellites, FSOC will instead use lasers to do the communication.”

“The collaboration between our entities is dynamic and it will enhance the development of advanced features which include adaptive optics, uplink lasers, quantum communication, [Radio Frequency] RF/optical hybrids and other techniques,” ANU Institute for Space’s Project Lead Dr. Francis Bennet said in a statement. “The concept of operations will entail the use of the OGS and current radio-frequency methods in order to take advantage of hardware currently in orbit and those that are planned, including quantum key distribution modules.”

PlaneWave expects installation of the OGS telescope to be completed during the first quarter of 2021.