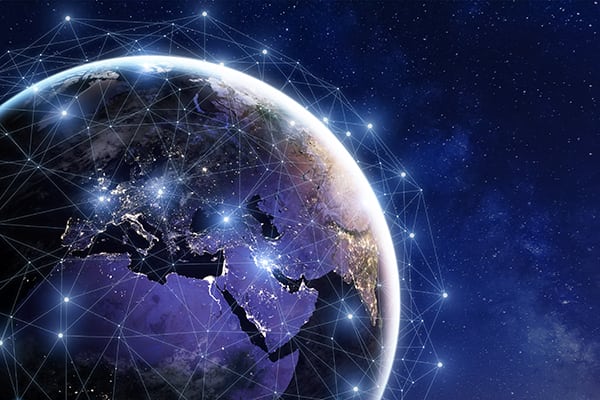 For some time now the European Space Agency (ESA) project “Satellite for 5G,” together with 3GPP, has been quietly evaluating how Non-Terrestrial Networks (NTN) (including satellite segments) might form an integral part of 5G connectivity infrastructure. Importantly, this 3GPP work item does not solely focus on use cases for Enhanced Mobile Broadband (eMBB), but also seeks to address Massive Machine Type Communication (mMTC) requirements for hybrid connectivity.

Technical studies are still at the early stage, having thus far focused on describing use cases and understanding what technical problems must be solved, rather than proposing the solution. But the slow march towards hybrid 5G Internet of Things (IoT) networks has seemingly begun.

This takes place alongside a growing crowd of Low Earth Orbit (LEO) satellite operators financing and launching new space constellations, with some specifically oriented towards IoT. So, it is a timely moment to consider how these same networks might evolve and scale-up to meet the future aspirations of 5G mMTC.

Any initiative to drive economies-of-scale for key technology components in satellite IoT terminals must be embraced by smallsat operators, since low-cost terminals are a missing catalyst required to accelerate service adoption. Ask any participating company what they’d like to see happen inside their ecosystem today and one of the top responses is access to a low-cost satellite communications module for IoT.

The industry has an acute need for such connectivity modules in sub-6GHz spectrum. Today’s satellite operators are still tied into using a disparate mix of proprietary and standards-based technologies, as a one-size-fits-all waveform for satellite IoT has alluded the industry thus far. Perhaps 3GPP 5G NR standardization activities for Non-Terrestrial Networks will finally morph into a concerted effort to drive satcom terminal pricing down to commoditized levels that are more on a par with their cellular counterparts.

Be Careful What You Wish For

The flipside to having universal IoT standards would be a lack of differentiation. Opening-up the emerging 5G satellite IoT opportunity to incumbent suppliers of terrestrial connectivity hardware may sound all-well-and-good, but if the “Satellite for 5G” project successfully completes its quest to integrate Non-Terrestrial Networks into 3GPP 5G NR, that could also pave the way for terrestrial network equipment vendors to start commandeering satellite ground stations. Perhaps, even leading consortia of Mobile Network Operators (MNOs) and terrestrial network vendors to build or acquire their own LEO IoT constellations, in response to emerging threats from the likes of Amazon’s Kuiper and Amazon Web Services (AWS) Ground Station initiatives.

That could at least offer an attractive exit strategy for some of today’s LEO smallsat investors and so to further assess the possibility, it is helpful to outline the shape and scale of future service demands placed upon a 5G mMTC constellation.

It can be taken as a given that LEO constellations in polar orbits will deliver low-cost global coverage, but a more pertinent question is: when will they have the appropriate scale to deliver a truly meaningful service component for 5G mMTC?

At first sight, the scale of ambition for mMTC can seem bewildering, with 3GPP citing service density targets higher than one million sensors per square kilometer (km). This envisages a world where everything is connected — from smart meters and other smart city infrastructure to vehicles, people, and everyday objects.

But 3GPP’s frighteningly large number could pale into insignificance if 5G sensors transfer only a few 10s of bytes per device per hour across a satellite segment. In that case, even a dense population approaching one million nodes might consume average aggregate data rates lower than 100 kilobits per second (kbps). This suggests relatively simple satellite payloads could be perfectly adequate to the task, assuming they can navigate the challenge to provide multiple access at huge scale.

Even with billions of sensors to serve on the ground, satellite connectivity infill is unlikely to command a strong position in the food chain. Particularly if several competing LEO constellations all jostle to address the same opportunity using a common set of waveforms. Significant churn would then precipitate a need to chase ever higher efficiencies and the race-to-the-bottom in pricing. In such circumstances, the cellular industry has a long history of precipitating large-scale mergers to drive through economies of scale and the largest players could begin to acquire LEO constellations of their own as previously alluded.

Anticipating this fiercely competitive environment, how might LEO operators attempt to differentiate their space technology platforms to prepare for a massive invasion of open standard 5G sensors?

At first sight, low aggregate data rates for 5G IoT would seem to auger well for the LEO small sat community, but patches of very high subscriber density could spoil their party.

Of course, LEO operators could scale-up peak service capacity by launching ever bigger constellations or deploying bigger satellites with wider payloads. Or they might evolve increasingly intelligent ways to dynamically focus transponder bandwidth into a highly concentrated service region during a fly-by. That capability could be delivered incrementally as operators replenish a fleet or in-situ, by leveraging new software-defined space platforms such as the recently announced SmartSat from Lockheed Martin. At any rate, the most effective satellite IoT systems will be dimensioned to serve cost-effective “hot-spots” around major population hubs. Note that Geostationary Orbit (GEO) holds some clear advantages in this regard and this could hold some significance in certain network deployments.

One emerging 5G NTN topology conceives a relatively sparse population of GEO or LEO satellite access points serving as “Relay Nodes” for a dense population of sensors. These access points might be mounted onto street lamps or solar-powered HAPS and thereby used to aggregate a more capable set of wideband 5G satellite services at the edge of a mMTC sensor network.

This network configuration exhibits a more efficient use of satellite resources compared with LEO direct-to-node. Architecturally, it paves the way for sub-6 gigahertz (GHz) ground segments aggregating into a Ku- or Ka- band satellite backhaul, thus alleviating any potential capacity concerns in crowded L-band or S-band spectrum. It is also attractive from a capex perspective, since the cost of satellite relay terminals becomes amortized over many sensor nodes; it solves the difficult problem of huge scale multiple access; and most importantly of all  it facilitates an interesting service-orientation — which could become very attractive to the satellite industry.

Following this thinking, the winning satellite service will no longer be defined by who connects the largest number of devices, but rather by who provides the most valuable superset of services to a subset of devices.

Perhaps this will become a dominant axis of competition in the future?

Marching Ahead: How do We Get There?

It would seem the industry is not too far away from witnessing the emergence of viable satellite IoT service platforms built upon customized high-volume terrestrial technology. This is an important precursor to understand how 5G NR should define the most appropriate air interface for a Non-Terrestrial Network to serve mMTC use cases.

The valuable insight developed by these new space LEO initiatives serves well to accelerate 3GPP standardization activities for NTN and their participation should be encouraged, even under the full knowledge that consortia of big-guns from the cellular hardware supply chain (Qualcomm, Huawei, MediaTek, Ericsson, Nokia, etc.) may inevitably be calling the shots when it comes to reaching full and final agreement around 5G NR standardization in 3GPP.

Where it remains to be seen if cellular and satellite heavyweights can find a way to play together nicely to drive forward true economies of scale for satellite IoT with common technology components, a universally adopted set of air interface standards is arguably long overdue from within the satellite industry. If ESA and 3GPP proponents really do have their hearts and minds set upon building a fully integrated “network of networks” for the next generation of global communications, their efforts should be applauded.

Perhaps an impending wave of cross-industry partnerships will mean that in coming years, the Mobile World Congress is destined to see a much more visible presence from satellite operators? History says that such journeys rarely come without their own set of dangers. Some players will inevitably be left behind. But if our stated destination is to be a world where satellite communication becomes a mainstream technology underpinning the global IoT, rather than a niche one, then surely, we should all be stepping boldly in that direction. 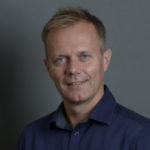 Adrian Hillier is a consultant at The Technology Partnership (TTP).