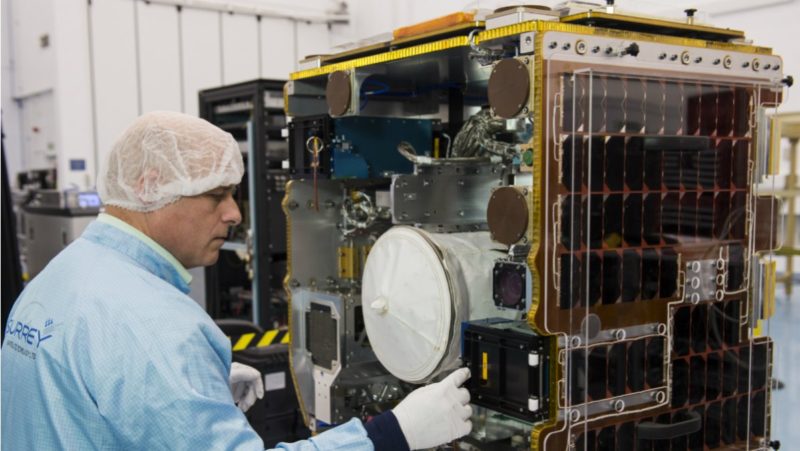 During its 14th International Space Station (ISS) resupply mission on Monday, SpaceX carried into orbit an experimental payload developed by the University of Surrey. The university’s RemoveDebris satellite — funded by the European Commission and 10 commercial partners including Airbus and Ariane Group — will conduct a series of tests to demonstrate technologies that can be used to observe and capture orbital debris.

According to the University of Surrey, the first of two capture experiments will discharge a net at a deployed target CubeSat, while the second will launch a harpoon at a target plate made of representative satellite panel materials. The third experiment will leverage vision-based navigation to rendezvous with another CubeSat using cameras and Light Detection and Ranging (LIDAR). The RemoveDebris spacecraft will then deploy a large dragsail to demonstrate accelerated de-orbiting, after which it will burn up in the Earth’s atmosphere.

Astronauts aboard the ISS will deploy the RemoveDebris spacecraft using NanoRacks’ Kaber system.

“We believe the technologies we will be demonstrating with RemoveDebris could provide feasible answers to the space junk problem — answers that could be used on future space missions in the very near future,” said Guglielmo Aglietti, director of the Surrey Space Center at the University of Surrey.

The U.S. Space Surveillance Network estimates that there are more than 7,600 tons of space junk in and around Earth’s orbit, with some moving faster than a speeding bullet, approaching speeds of 30,000 miles per hour.