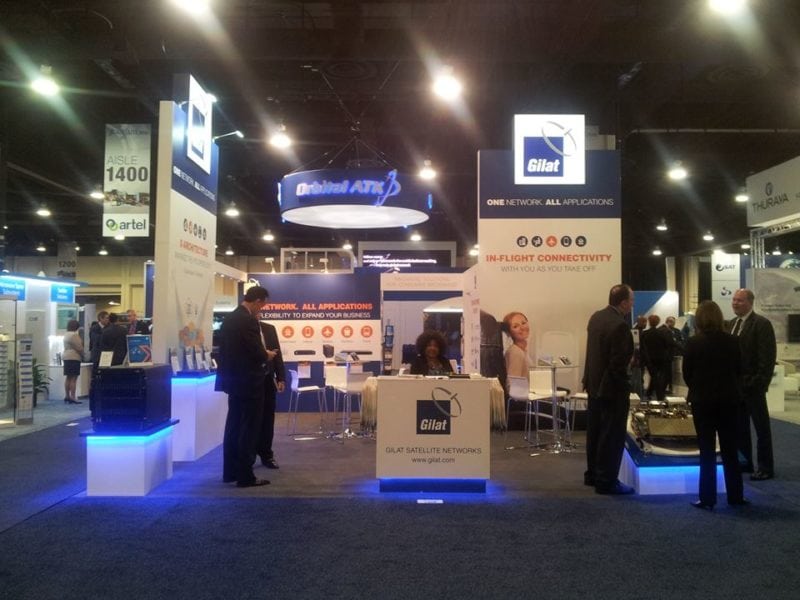 Gilat Satellite Networks and Hughes Network Systems announced a new high-performance dual Ka-/Ku-band aero antenna agnostic to the underlying Very Small Aperture Terminal (VSAT) modem technology and service platform. The companies have been working together for nearly two years on the development of the antenna.

The new antenna from Gilat and Hughes supports both Ka- and Ku-band on a single antenna platform while affording favorable weight and drag characteristics versus the use of two separate antennas. The dual band capability enables continuous broadband connectivity for commercial aircraft traveling air routes that require a combination of Ka and Ku coverage to serve the full air route. The antenna further meets the volume requirements for radome line-fit installations on both Airbus and Boeing aircraft, while optimizing its aperture size under the available volume.

Gilat and Hughes are both offering the antenna to their respective customers integrated with their own aeronautical VSATs. The antenna was developed in accordance with Hughes’ RF and technical specifications and is compliant with open-standard specifications. As such, it is fully interoperable with any aero modem. As part of the Gilat–Hughes partnership, Gilat is responsible for the development and manufacturing of the antenna as well as the KRFU (RF unit) and KANDU (networking data unit) and related Part Manufacturing Authorization (PMA) licensing. Both companies are pursuing multiple Supplemental Type Certification (STC) partnerships with their customers.

“With this new antenna, airlines will now be able to enjoy uninterrupted connectivity for even the most challenging air routes that span geographies that are not served by a single satellite frequency band. This includes most trans-oceanic routes as well as major continental regions of the world such as Latin America, Asia and even Europe. The new dual band antenna is a key component of our global aeronautical system and it will enrich our IFC offering worldwide, ” said Paul Gaske, executive vice president of North America at Hughes.