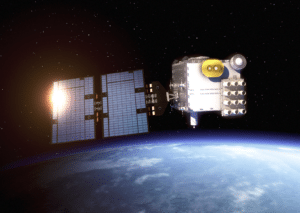 [Via Satellite 01-03-2017] The National Oceanic and Atmospheric Association (NOAA) has awarded Atlas Space Operations a five-year contract that aims to expand NOAA’s access to satellite communications and data services. NOAA awarded the contract, which includes one base year and four option years, on Dec. 13, 2016 and announced in January 2017.

Atlas will install and integrate a Remote Tracking Station (RTS) in Sunyani, Ghana. NOAA’s National Environmental Satellite, Data, and Information Service (NESDIS) will commission this RTS to support the launch and on-orbit operations of the Constellation Observing System for Meteorology, Ionosphere and Climate (COSMIC 2) constellation. COSMIC 2 is a follow-on mission to the COSMIC 1 constellation, and once completed will afford 12 satellites in low and high inclination orbits to collect more RO data. The data aims to enable new research opportunities for hurricane analysis and prediction in the years to come.

The COSMIC 2 mission is a collaboration between NOAA, the United States Air Force and the National Space Organization of Taiwan, with the goal of obtaining Global Navigation Satellite System (GNSS) Radio Occultation (RO) Observations worldwide. The constellation is currently scheduled for launch in September 2017. The contract includes options for additional ground stations to be installed in remote locations in the South Pacific and the Indian Ocean.