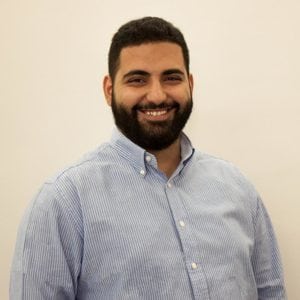 [Via Satellite 11-16-2016] The Middle East is a vibrant region for satellite communications, and with companies like Yahsat and Es’hailSat, for example, spearheading a drive to make satellite more relevant, it is also a region where companies are looking to invest into technologies of the future. A new program, Oasis Space Ventures Fund (OSVF), a joint initiative between the European Investment Bank (EIB), the European Space Agency (ESA) and Oasis500, aims to tap into new space companies in Europe, and providing a pathway to implementing services in the Middle East. The aim of this coalition is to foster innovation and entrepreneurship using space-based technologies. Suleiman Arabiat, head of operations at Oasis500 spoke exclusively to Via Satellite about the goals of Oasis500 and where it could go next. He said the Middle East and North Africa (MENA) region is already starting to see the benefits of this Europe/MENA collaboration.

“The idea of this fund is to take these commercialized technologies and shortlist them into those that would be most suitable to the MENA region in terms of the services they offer, which we have done. We have shortlisted 117; they will be offered to entrepreneurs in MENA, whether they reside in Jordan or elsewhere — they might be expats in other countries — these will be offered to them to match in a localization exercise,” he said.

With so much innovation right now in the satellite industry, the OSVF could play a key role in helping start-up companies develop a strong presence in the region. Next year could be key for the OSVF as it looks to close it first deal in the second half of the year. Arabiat said OSVF is looking to invest 7 million euros initially, and it hopes that the EIB will invest 3 million euros. He states that the King Abdullah II Fund for Development (KAFD) has also expressed interest in investing half a million euros into the fund. Arabiat is confident that the fund can be a success but admits there were some concerns about finding the right pipeline for this investment fund.

“So we did some exercises starting in June 2015. These exercises extended until now where we have demonstrated the possibility of finding a pipeline to the European Space Agency, and we have also done a matchmaking exercise with four European companies. The matchmaking exercise proved to be successful,” he said. “The companies were highly interested in dealing with the entrepreneurs … and same here — the entrepreneurs were found to be interested and of the technical quality that we strive toward. We have also identified other potential pipelines. This was the basic assumption behind the validation of the financial model of the fund, because the main issue is not money, it’s pipeline. If we cannot deploy, then there is no point in opening the fund.”

Arabiat cites one example of a start-up that could make an impact in the region: Tree Metrics, a satellite service to cater to the wood harvesting industry in Europe. Tree Metrics does this by offering software and hardware solutions to wood farms and licensed woods loggers. Arabiat admitted that this kind of application in the Arab world would be of no commercial value because the region doesn’t have a wood industry. The Middle East is mostly desert and the areas that are planted — the forests — are usually reserved, so you would think that a company like Tree Metrics might not be able to find a niche in the region. However, there could be localization business models based on this technology that could make it relevant.

“An Arab entrepreneur can take this technology and adapt it and localize it to cater for the fruit farming, for example, such as palms and dates. Localized, the same model can be applied, the same technology can be used, and the local entrepreneur would be the one taking care of this as a part of the start-up that will be formed with the investment of the OSVF and the support of the European company that would also be a partner in this newly founded start-up,” Arabiat said.

In terms of the mechanics of a possible deal involving the OSVF, Arabiat said that, “after the matchmaking has happened between the local entrepreneur and the European company, [OSVF] comes in and offers a seed investment ticket of up to 250,000 euros against 15 to 20 percent stake in the newly founded company. The local entrepreneurs would be taking approximately 50 to 60 percent in equity on this newly founded company, and the rest is the European company’s share, because it is a joint venture for them. It sounds a bit complex because it is not a classic type of fund. It is not just a seed-level fund, and it’s not a technology transfer developmental grant-based fund, it’s an investment fund of 12 million euros capital. Of this 12 million euros we already have an initial interest by the EIB of 3 million euros as an anchor investor.”

Oasis500 has invested in 122 companies over its lifetime. This new space fund will be focused on Earth-applications connected to space assets, according to Arabiat. He says the fund will mainly look at companies that use space-based assets for applications on the ground.

Arabiat believes the entrepreneurial ecosystem is “developing rapidly” in the Middle East. He says that when Oasis500 started in 2010, they were the only players in addition to several semi-governmental initiatives and entities. But the market has now changed.

“Now in the market, everyone is jumping on entrepreneurship. Big telecommunications players have put aside a part of their budget to support entrepreneurial ecosystem facilities such as incubators, accelerators and new funds. The entrepreneurship ecosystem in the MENA region is developing, but it’s not optimal yet,” he says. “It is not as mature as Silicon Valley or other entrepreneurial ecosystem, but we have seed-level funding, venture capital, incubators, and university-based incubators — the drive is there. It hasn’t reached its full maturity, but it will definitely in the next few years. The Space Ventures Fund is coming at the right time,” he added.