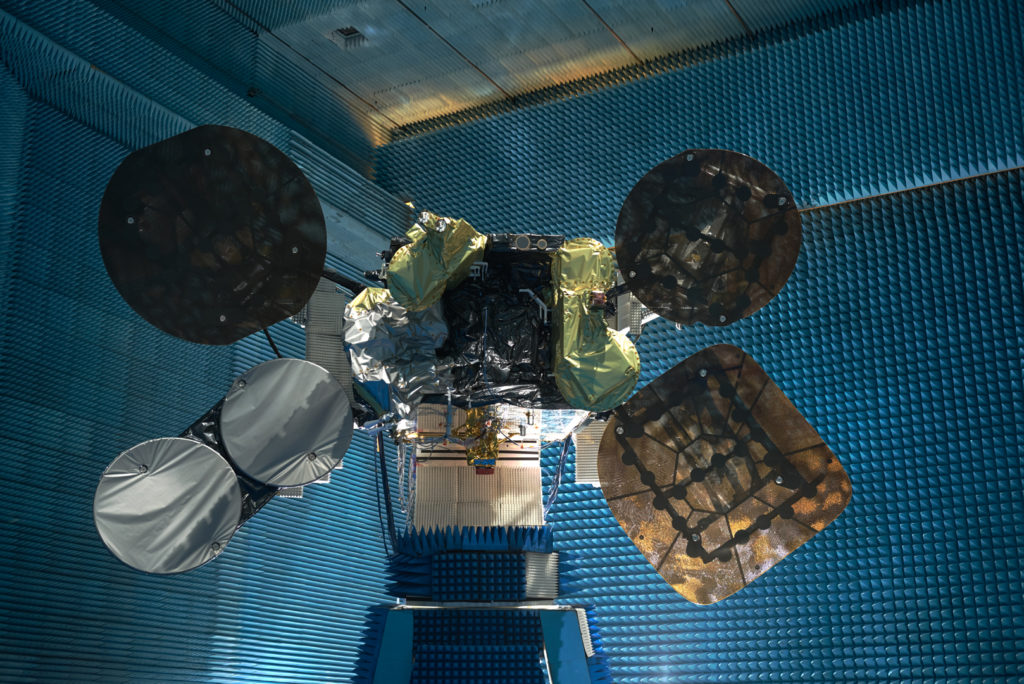 [Via Satellite 08-24-2016] Beijing Xinwei Technology Group subsidiary Luxembourg Space Telecommunication has acquired Space Communication (Spacecom), operator of the Amos satellite fleet, for $285 million, the companies announced today. The sale price reflects a premium of 41 percent to the company’s average stock price in the past month.

Upon the completion of the triangle reverse merger, Spacecom will become a private company under the full ownership of China-based Beijing Xinwei Technology Group. However, per the license terms of Spacecom, its satellites will continue to be operated from Israel, and the company will remain an Israeli company, regardless of the identity of its shareholders.

The completion of the merger is subject to conditions precedents set forth in the merger agreement, including, inter alia: the approval of the merger by the company’s shareholders general meeting; the receipt of all the required regulatory approvals; and the avoidance of specific unfavorable material changes in the business of the company.

The successful launch of the Amos 6 satellite and the completion of its in-orbit tests is also an influencing factor in the completion of the merger. Spacecom operates the Amos 2, Amos 3 and Amos 4 satellites, providing satellite communication services for television, internet, telecom and infrastructure providers throughout Europe, the Middle East, Africa and Asia. Earlier this year the operator lost the Amos 5 satellite as the result of an anomaly. Amos 6 is scheduled to launch in the upcoming weeks on a SpaceX Falcon 9 rocket, replacing Amos 2.

Israeli company Big Bird, of which the Xinwei Group has full ownership, is performing the transaction. Spacecom-issued debentures shall continue to be traded at the Tel Aviv Stock Exchange (TASE), meaning the company will continue to be regarded as a Reporting Entity.