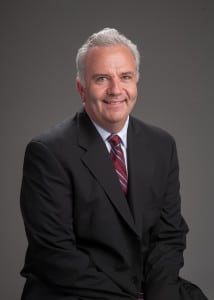 [Via Satellite 01-04-2016] This week, we will be talking to some of the key decision makers in the satellite industry regarding their 2015 highlights. To kick off this week, we talk to Marc Eisenberg, CEO of Orbcomm, one of the most active companies in the satellite sector in 2015. Over the last two years, Orbcomm has made a slew of acquisitions to boost its competitive position. For example, at the start of 2015, the company completed its acquisition of InSync Software, Inca provider of Internet of Things (IoT) enterprise solutions across a broad spectrum of vertical markets, applications and customers. In October last year, the company announced a deal to acquire WAM Technologies, an affiliate of Mark-It Services, a provider by market share of remote wireless management and control solutions for ocean transport refrigerated containers and related intermodal equipment on a global basis.

When asked about the highlights for Orbcomm in 2015, Eisenberg told Via Satellite that the company achieved nearly 80 percent growth in revenues (more than 20 percent organically) and more than 200 percent Earnings Before Interest, Taxes, Depreciation and Amortization (EBITDA) growth. He says the company made major strides entering new vertical markets and new geographies, developing new products and launching a new satellite constellation. “We had a great year of growth in 2015 and have set ourselves up for future growth as well,” he said.

In 2015, there was feverish activity, particularly in the small satellite market, with many new initiatives in Low Earth Orbit (LEO). When asked what impact these new constellations may have on the market, Eisenberg said, “What is most interesting to me is the multiple new satellite companies creating plans to launch constellations. Many are out raising capital. It seems every 15 years we forget how hard this is. It didn’t work out so well for many of the first owners of constellations designed in the late 90’s and early 2000’s. Perhaps things have changed. I hope so but the pattern is holding pretty steady. Large strategists and private equity companies are throwing large dollars at it. I remember the old research studies where everyone was going to own a sat phone. Tens of millions would be sold. I don’t believe we have cracked 2 million 15 years later. There is lots of capacity coming from existing companies and potential new constellations are on the rise. Let’s hope the demand is there.”

The satellite market is seeing a number of interesting trends right now. Eisenberg highlighted the fact that the data sweet spot is getting bigger and smaller, moving to either higher throughput or packetized data. He added that SpaceX is making huge strides in bringing a greater share of launch services to the United States. “While we are not seeing the same level of M&A that we have seen in space over prior periods, we are seeing increasing levels of cooperation,” he said. “Some of the ATC spectrum talks have slowed down as the processes get tied down in regulation which is somewhat refreshing in that we are all talking about operating better businesses and focusing on growth. Another trend is more focus on space from larger social media companies looking to connect subscribers that were previously difficult to reach. In the last few years, newcomers wanted to photograph the world, now they want to connect the world.”

There is little doubt that we are at an inflection point in the satellite industry. When looking at the overall dynamics of the market, Eisenberg highlights that lots of new entrants are looking at space. He talked of a desire to connect all people and all machines, many of which are not reachable via terrestrial service. He believes governments continue to rely on space-based data to support their efforts abroad. He said launch services are getting more efficient, and that more spectrum is being made available for satellite-based initiatives. He said market dynamics such as interest rates at multi-year lows is also impacting the market. All this adds up to an exciting market. Given Orbcomm’s desire to be a major player in the M2M market, the company will definitely be one to watch in 2016.