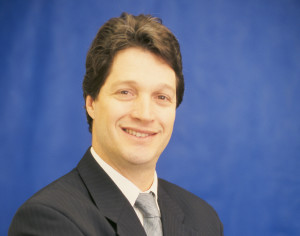 [Via Satellite 04-21-2015] Visiona Tecnologia Espacial, a joint venture between Telebras Telecomunicações Brasileiras and Embraer Defense and Security, estimates it is almost halfway to the point where it can build a satellite completely in-house. Established in 2012, the company’s goal is to create a domestic satellite manufacturing capability in Brazil.

“Today we measure around 35 to 50 percent the capability of Brazil to build out a complete satellite: platform plus the payloads. We have parts that today are off the shelf, that we could add in this 35 to 50 percent, but we still have a gap in the capability to do that,” Eduardo Bonini, president of Visiona told Via Satellite.

He estimated that Visiona’s ability to compete internationally with small satellites is roughly two to three years away.
Visiona’s primary focus today is the Geostationary Defense and Strategic Communications Satellite (SGDC). Slated for launch in September 2016 aboard an Ariane 5 rocket, the satellite has a payload of 50 Ka-band transponders for Brazil’s Ministry of Telecommunications, and seven X-band transponders for the Ministry of Defense. Visiona is leading the integration of the system, including the satellite, its control segment, and the user segment, which is composed of the gateway stations and end-user terminals. Thales Alenia Space is providing the control segment and is a key partner on the SGDC program. The satellite is based on the company’s Spacebus 4000 platform. Communications and Power Industries (CPI) Satcom Division is supplying 500-watt continuous wave Ka-band Traveling Wave Tube Amplifiers (TWTAs) for telemetry, tracking and control.

Thales Alenia Space has an agreement with the Agência Espacial Brasileira (AEB), the Brazilian space agency, to facilitate the transfer of technology to Brazil. While Visiona helped negotiate the terms of the program, the joint venture had no participation in its implementation. Still, Bonini said the level of collaboration between the two companies has impressed him.

“The two companies [Visiona and Thales] are having a very strong relationship. I can assure you we have been surprised at how open this company was to Visiona, including a program for technical absorption. We have our engineering team of 10 engineers working side by side with Thales Group engineers,” he said.
Bonini said Visiona has amalgamated a strong talent pool from within Brazil, namely from the Instituto Nacional de Pesquisas Espaciais (INPE) for engineering experience and Embraer for management. The company has as a goal to bolster Brazil’s domestic satellite manufacturing capability. Bonini said this could happen in many ways, such as through organic growth or by acquisitions. Visiona aims to establish a satellite-manufacturing ecosystem within Brazil so that eventually building spacecraft will become a sovereign capability.

“We have gaps in Brazil,” Bonini explained. “We don’t have a company or an institute capable to supply some solutions. We are identifying those solutions; it does not matter if it is software or a component or subsystem. We are trying to bring that capacity to Visiona or to the supply chain to be able by 2020 to have more than 70 percent Brazilian content in a satellite.”

The SGDC satellite is playing a critical role in Brazil both as a way to learn about designing and building spacecraft as well as to meet military satcom demand and other connectivity needs in remote parts of the country. Bonini said Telebras aims to use the satellite to reach underserved regions that are overlooked by commercial operators. 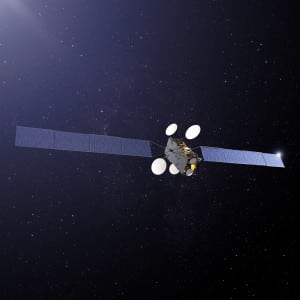 “Today we have more than 2,000 municipalities or cities without fiber to transfer information on the ground,” he said. “SGDC will bring the capability for wideband Internet in these cities. Most of them are located in the north region, where there is a low population density and a complex environment to transfer data by fiber. In this way the application of the SGDC for resolving this lack of Internet access is necessary.”

Bonini said Telebras is currently evaluating whether or not a second SGDC satellite will be needed. Beyond this, Visiona also sees opportunities in building other kinds of spacecraft. Brazilian industry is very involved in the China-Brazil Earth Resources Satellite (CBERS) joint program, including the build of the camera. The latest satellite, CBERS 4, launched in December 2014, but Bonini said Brazil has a need for both higher resolution imagery and remote sensing that goes beyond optical. The CBERS satellites provide a resolution of 20 meters, whereas the military and other sectors could use 1-meter resolution, he said, as well as the ability to see through cloud cover, which is pervasive in some parts of the country.

“There are a lot of applications for satellite in the country. Today the most important for us is the SGDC program, but we have a huge demand for observation satellites not only optical but also radar. Based on the environmental [factors], based on the farms, based on military applications this is something demanding that necessity,” he said, acknowledging that this is tied to the Brazilian budget which is challenged by the nation’s current economic situation, but adding that the demand still exists. “It is a matter of planning, organizing the demand inside the government, and creating an opportunity for an integrator such as Visiona that can supply this solution for each of the applications.”

Visiona’s top priority today is to meet the needs of the Brazilian government. However, as the company and the larger Brazilian supply chain mature, Bonini said the company would look to compete for satellite contracts internationally. This would start with small satellites with a mass of up to 500 kilograms in Low Earth Orbit (LEO). Furthermore, Visiona’s small platform program aims at providing small satellite solutions compatible with the Veículo Lançador de Microssatélites (VLM), a joint launch project between Brazil and Germany’s DLR.
“As soon as we are able to supply the Brazilian demand for satellites, and based on what we are getting in terms of experience with the SGDC development, we intend to participate in programs not only in Brazil but outside in small and LEO satellites; geostationary satellites are in our future. It is not in our immediate future, but as soon as we have the experience and are able to transfer technology in the supply chain, we will start to be part of the global supply chain, and we can add Brazilian companies in this supply chain,” said Bonini.