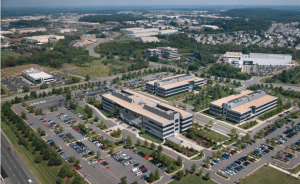 [Via Satellite 04-18-2014] Orbital Sciences has narrowed down the most probable causes of the anomaly that has affected the Amazonas 4A satellite. During the company’s first quarter earnings call, Orbital said the satellite, operated by Hispasat, suffered a partial electrical system failure about two weeks ago. If deemed irreversible, the issue is likely to reduce transponder capacity over the course of the satellite’s 15-year lifespan.

Chairman, President and CEO of Orbital Sciences David Thompson said the company is not expecting a repeat of the anomaly that affected Intelsat’s Galaxy 15 satellite built on Orbital’s Star 2 bus, which temporarily ceased communicating with operators in 2010. He added that the two most likely causes are confined. The first potential cause had to do with something “specific to the Amazonas 4A” that Orbital does not do for other satellites, nor has it on any prior. The second could be from a “component” Orbital has used at least 50 times over the past 10 to 12 years. Though left unnamed, Thompson said the company is moving away from this component, and that the Amazonas 4A program was the last to use it.

“Both of these are isolated,” said Thompson. “We would not expect to see these occurring on any other in-orbit satellites, or for that matter ones that are going through the factory today. So I think it’s pretty isolated, and I believe we will have largely completed the diagnostic work here within a handful of weeks. So I don’t think we’ll have a replay of the situation from four of five years ago.”

Orbital Sciences’ revenues during the quarter were lower than expected by $13 million due to the potential loss of performance incentives from Amazonas 4A. The order rate for commercial satellite communications has been off to an atypically slow start. The company confirmed three satellite orders and four proposals that are expected to have decisions by the end of the quarter. Thompson added that, of the four, two or three could use the new GEOStar 3 satellite bus.

“With the new GEOStar 3 platform (power boosted from 5 kw to 7.5 kw, and an option for electric propulsion), Orbital sees their target market doubling, though the market share will be lower than the current 50 percent for smaller satellites due to increased competition,” William Loomis, CFA at Stifel, said in a research note.

Orbital Sciences is also looking intensely at new rocket engines as pressure from the Russia-Ukraine crisis continues to have an effect on United States companies. For the first stage of launch, Orbital Sciences’ Antares rocket vehicle uses two Aerojet Rocketdyne AJ26-62 engines based on a Russia design, and Ukrainian-built first-stage airframes.

“For future Antares launches beyond 2017, we are currently reviewing several proposals that have been submitted to the company in the last few months for two different Russian liquid engines, as well as one U.S. produced main propulsion system,” said Garrett Pierce, CFO of Orbital. “Today, it is too soon to say which option will be the best one for us, although at present it appears that the newer options may be preferable to continuing with our current engines.”

Research and development costs associated with building the new engines are not being financed by Orbital. Instead these costs are the responsibility of the potential propulsion system providers. Orbital anticipates making a decision in the next month or two, and says the decision does not affect any NASA launches for the next few years. Should the company opt to go with a replacement for existing technology, it will incur some cost to study and test the implementation of the alternative engine.

“There is some additional product R&D that would be required over the next couple of years if we switch over to one of those new approaches, but it’s fairly modest,” said Thompson. “Certainly nothing of the magnitude of the original development costs, and I think it would be fairly easily accommodated within our normal level of R&D spending, spread out over a couple of years.”

Orbital’s small satellite launch vehicle gave a silver lining to the call, which was otherwise dominated by near-term challenges. The company has a contract to launch six Skybox Imaging satellites on a Minotaur C. The launch is planned for fourth quarter 2015 from Vandenberg Air Force Base. Thompson mentioned some other discussions underway with Skybox for addition launches following the first contract.

“It was critical to Skybox’s business plan that their launch supplier for their first full group of satellite deployments be able to launch by the end of next year, which we are able to do. and, … as in most government and commercial launch competitions, price was certainly a significant factor as well,” he said. “In addition, the track record that the Minotaur family has amassed over the past dozen or so years — a perfect 25 successes in 25 launches — also I’m sure played a role in the decision.”