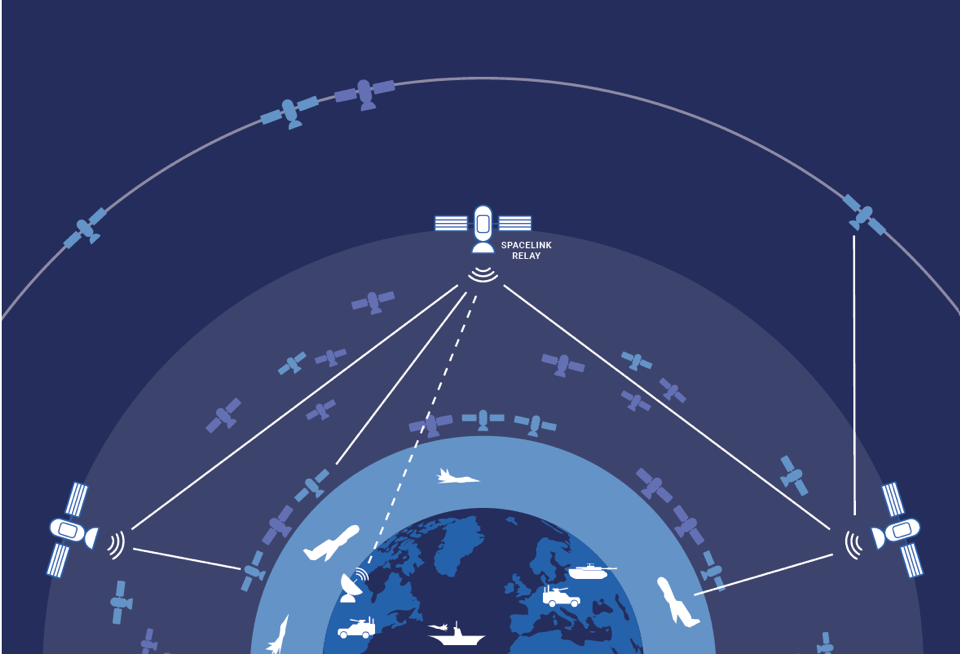 SpaceLink has entered into an R&D agreement with the U.S. Army to jointly explore space communication pathways. SpaceLink announced the Cooperative Research and Development Agreement (CRADA) with the U.S. Army Space and Missile Defense Command Technical Center on Monday.

SpaceLink is building a satellite relay system in Medium-Earth Orbit (MEO), with both optical and radio frequency links. This is the company’s first formal agreement with the U.S. Department of Defense. SpaceLink said it will help the company better understand the U.S. Army concept of operations and adjust its technology roadmap to meet the customer’s needs. For the Army, it will provide the empirical modeling and simulations needed to support interagency requirements development for commercial remote sensing tactical downlink.

“Because of tactical reasons, the Army has a very high need for very quick data delivery, so we’re working with them to model exactly how the [SpaceLink] system adds benefit to the data that they’re collecting and receiving today,” Anthony Colucci, SpaceLink chief strategy and commercial officer told Via Satellite.

The CRADA does not come with funding, it is solely for joint R&D. Colucci said SpaceLink will also collaborate with Earth observation companies that also have CRADA’s with the U.S. Army to explore how SpaceLink’s data relay constellation would transit their critical imagery and sensing data to the military more quickly. Colucci said there will be modeling and simulation of existing and planned constellations interacting with SpaceLink to deliver data to the to the end user.

‘If someone in the Pentagon decides he or she needs an image over Donbas [Ukraine] and needs it right now, we can task the next satellite coming over instantaneously, and then as soon as it gathers data, we can return it. We can shorten that whole cycle from the moment you realize you need it, to the moment you have in your hands from hours or even days, down to minutes or seconds,” Colucci said.

SpaceLink recently adjusted its plan for its constellation to insert a cheaper, quicker to build Block O group of satellites, but has not yet announced the manufacturer for the satellites. Colucci said Friday that the payload is already under production using off the shelf equipment, and the spacecraft “are being built in large quantity now by this manufacturer,” and SpaceLink will purchase buses off its production line.