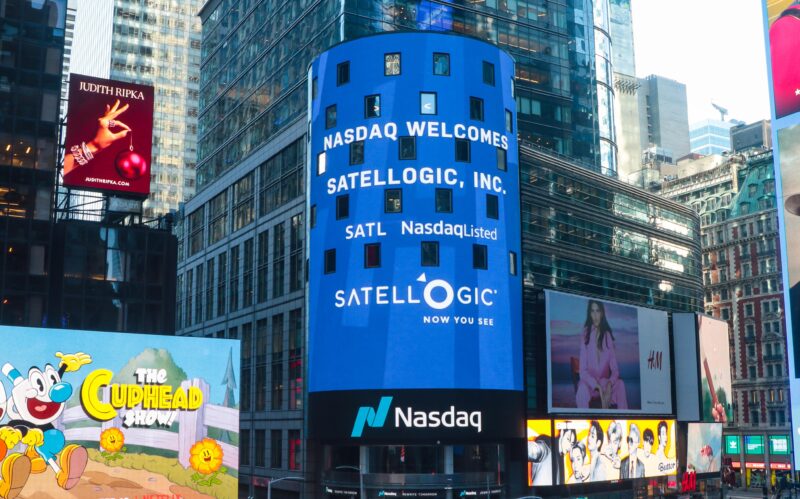 Satellogic began trading on the Nasdaq on Jan. 26. Photo: Satellogic

The launch brings Satellogic’s total number of satellites in orbit to 22 and marks the first deployment of its new Mark V satellite model, which features improved cameras, radios, computers, and other subsystems. The remaining satellites are four updated NewSats Mark IV model. Satellogic said the enhancements include manufacturability and cost saving processes used in preparation for the opening of its new high-throughput manufacturing plant expected to open by the second half of 2022.

“We have expanded our fleet by nearly 30% and are on track to launch 12 additional spacecraft this year, which greatly increases our capacity to deliver critical high-resolution data from space,” said Emiliano Kargieman, CEO and co-founder of Satellogic. “Democratizing Earth observation data in order to make satellite imagery accessible and affordable to governments and customers around the world will advance understanding of climate change, infrastructure needs, security risks, natural disasters and supply chain issues, among other applications and uses. The information our company can provide will help develop and power effective solutions to combat today’s most pressing problems.”