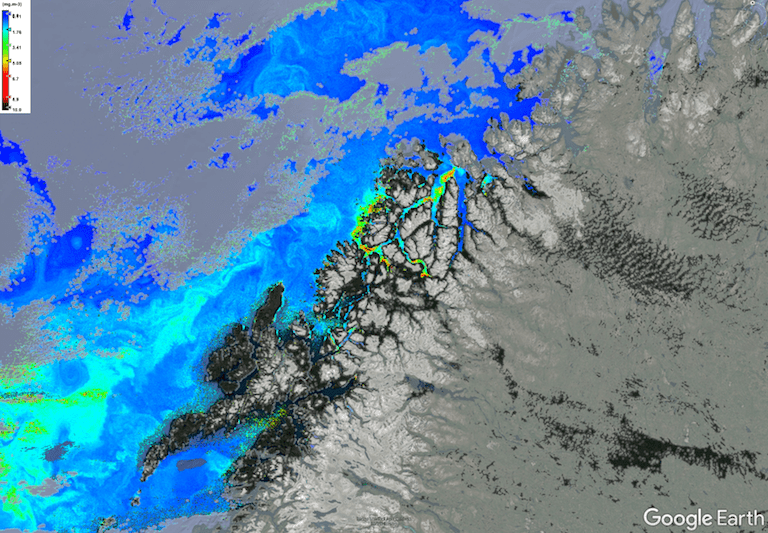 On Tuesday, KSAT announced that under its contract with the Norwegian University of Science and Technology (NTNU), it will provide commercial ground station services from the Svalbard Ground Station for the mission called HYPSO-1. KSAT said its ground station will ensure fast access to the time-critical data.

HYPSO-1 is a 6-unit cubesat, where the satellite bus is delivered by NanoAvionics. NTNU is developing the payload and the operational use of the payload, which is a hyper-spectral camera, consisting of optics and a payload processor that assembles and processes the images from the camera before they are being downlinked through the KSAT network. The mission will also use drones and autonomous vehicles on the surface and subsea.

This work is in response to a toxic algae bloom in May last year that killed nearly 8 million salmon in Norwegian fish farms. The event, which was covered by international media including The New York Times, wiped out more than half of the annual sales growth in about a week.

“We support the project and believe it can provide a valuable contribution to future systems for algae warning and coastal monitoring to increase the understanding and support commercial aquaculture,” commented KSAT Director Kristian Jenssen.