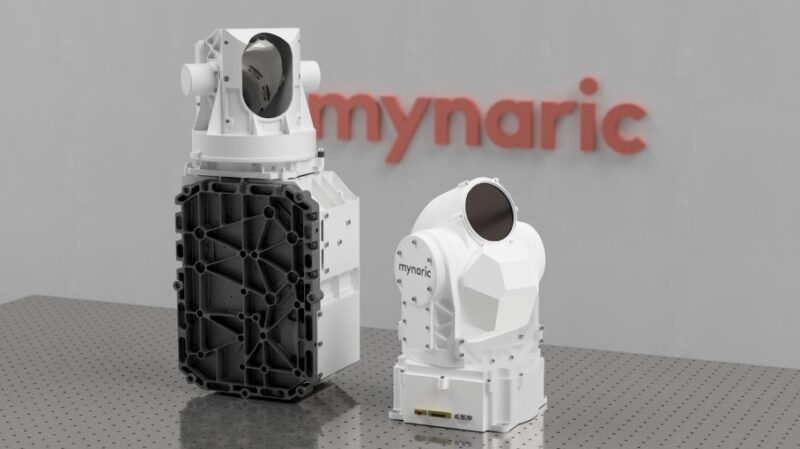 A rendering of a side to side comparison between CONDOR Mk2 (left) and CONDOR Mk3 (right) optical communications terminal. Photo: Mynaric

“Once again, we are proud to support Northrop Grumman and the SDA on this program which is critical to the United States’ national defense. This announcement highlights our commitment to delivering products for space applications that are technically sound and can be serially produced. We will leverage our experience working with Northrop Grumman on the Tranche 1 Transport Layer as we embark on the delivery of the terminals for the Tranche 1 Tracking Layer satellites,” Tina Ghataore, Chief Commercial Officer, Mynaric said in a statement.