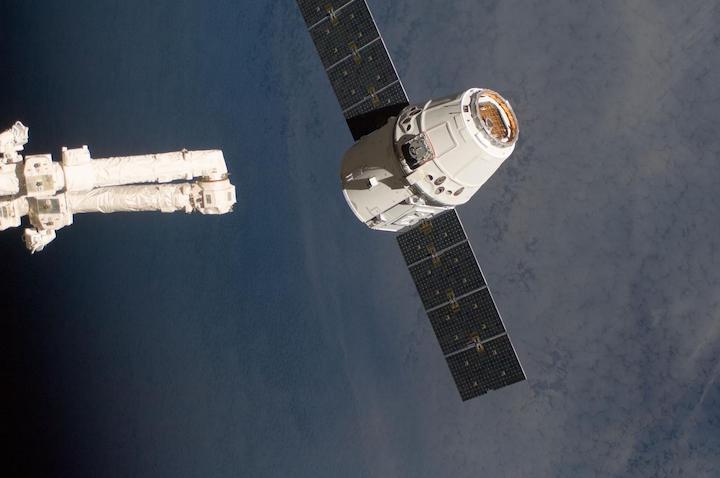 The SpaceX Dragon commercial cargo craft just before being grappled by the Canadarm2 robotic arm at the ISS in May 2021. Photo: NASA

NASA awarded SpaceX five additional crewed flights to the International Space Station through 2030, as part of its Commercial Crew Program. With this award, SpaceX has been awarded 14 total crewed flights for NASA.

NASA announced the firm fixed-price, indefinite-delivery/indefinite-quantity contract on Wednesday. The award for five flights is worth about $1.4 billion. The contract modification includes ground, launch, in-orbit, and return and recovery operations, cargo transportation for each mission, and a lifeboat capability while docked to the ISS. This brings SpaceX’s total Commercial Crew Transportation Capability contract value with SpaceX to $4.9 billion.

SpaceX has been performing regular crewed missions for NASA after proving its capability in May 2020. The fourth crew mission, Crew-4, is currently docked with the ISS.

Boeing also competes for missions as part of the Commercial Crew program, but has not yet demonstrated the Starliner spacecraft with astronauts. Last week, the agency and Boeing pushed back the first Starliner flight test with astronauts to February 2023. The flight was previously expected in December of this year.