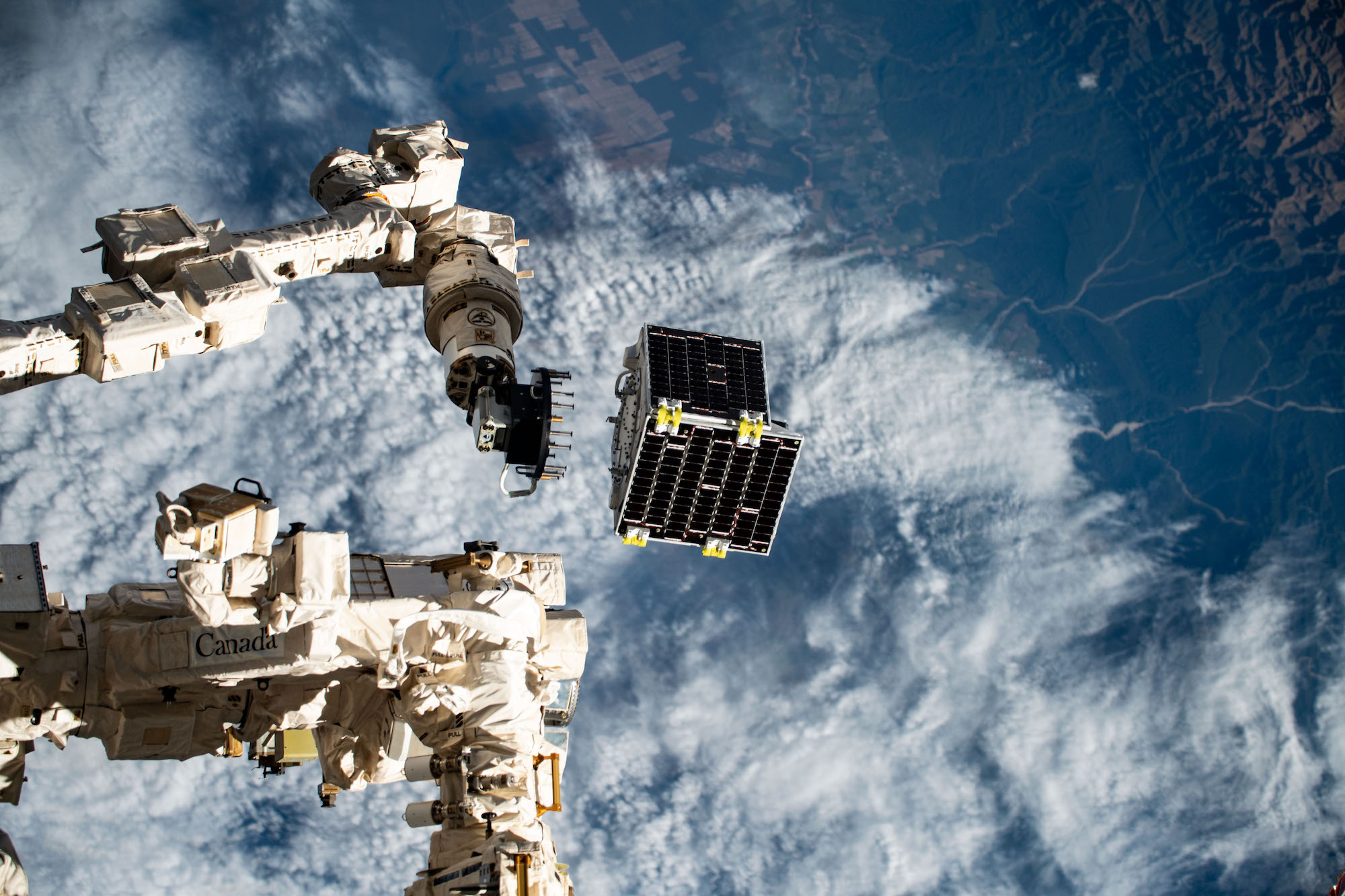 Millennium Space Systems began the Red-Eye program — named for the bright red “remove before flight” cover used to keep the payload clean — in late 2015. The mission consisted of three small satellites launched from the International Space Station (ISS) in 2019 and 2020.

The small satellites’ purpose was to demonstrate new avionics, communications devices, on-board processors and crosslinks. Because the satellites were launched from the ISS, they could not be equipped with propulsion. The Millennium Space System team developed a form of aerodynamic drag modulation to control the constellation’s orbital spacing.

The drag modulation technology that came out of the mission that wasn’t originally planned, program manager Doug Hulse said in a Wednesday media briefing.

“In planning our crosslink operations we needed to have specific spacing of our satellites [to] demonstrate our crosslinks at various ranges. So our team developed a method to control the spacing of our constellation using just aerodynamic drag on our solar array,” Hulse said. “With no propulsion at all, and just by modulating our drag profile — because these are in Low-Earth Orbit, there is some amount of aerodynamics — they were able to to drive them apart, pull them closer together, and control spacing to effectively demonstrate our crosslinks.”

He added that the satellites were based on Millennium’s Altair spacecraft, and were essential in developing the Altair architecture. Capabilities that were demonstrated in the Red-Eye mission are now being applied across other Millennium programs.

“We’ve been taking that technology and applying it to kind of the rest of our program,” Hulse said. “Red-Eye is really a gem for all of our customers in the national security space. It provides the infrastructure, whether it’s onboard processing, pushing the envelope of edge processing on orbit, inter-satellite crosslinks, mesh networking, the affordability and agility of a small satellite, that’s optimal for all kinds of missions like missile warning, missile tracking, and ISR.”

The Red-Eye contract with DARPA concluded in December 2021 and the first satellite decommissioned in June 2022. Millennium said the satellites were designed for a nine-month on-orbit mission life, and the other small satellites are still operating without capability degradation. The company is exploring other potential Department of Defense (DoD) program opportunities for the technology.

“There’s more and more proof points of what small satellites can do to provide capabilities for tactical missions, and do it in a very accelerated timeline at an affordable price point,” Kim said. “The industry as a whole is doing things on orbit that are showing that small satellites have a lot of capability to provide low-latency, technical information to our customers for national security space.”