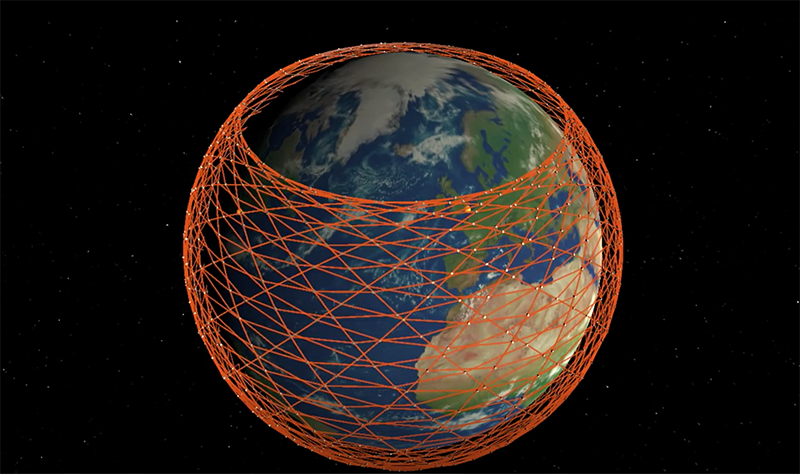 Under the contract, Raytheon Intelligence & Space, a Raytheon Technologies business, is developing a phased array antenna to allow communications with satellite internet constellations. The design is for the Air Force Research Laboratory’s Defense Experimentation Using Commercial Space Internet (DEUCSI), or “Global Lightning,” program. According to a Raytheon release on Tuesday, the new phased-array antenna will allow an aircraft to seamlessly jump between different satellites. The program calls for a flight demonstration in 2022.

“The military can tap into any number of new space internet services like any other customer. The sheer number of satellites – potentially thousands – could allow communications at speeds much faster than currently available to military aircraft,” said Van Andrews, senior director for advanced radio frequency programs at RI&S.

Dr. Brian Beal with the Air Force Strategic Development Planning & Experimentation office told Via Satellite that Ball and Raytheon are providing versatile antennas that can be utilized with third-party terminals. He said both the Ball and Raytheon antenna systems will be tested in conjunction with multi-vendor capable hardware components being procured under other DEUCSI contracts, such as the Lockheed Martin, Northrop Grumman, and L3Harris awards previously announced.

“The DEUCSI program seeks to establish resilient, high-bandwidth, high-availability Air Force communications and data sharing capabilities by leveraging the developing commercial space internet networks. This approach differs radically from traditional military satellite communications programs where the government typically dictates, and pays for, every aspect of the program. By taking advantage of the commercial space internet, we plan to concentrate government efforts and resources on the few areas that are unique to DoD applications,” Beal said.

Fiscal 2020 research, development, test, and evaluation funds in the amount of $5,773,097 were obligated to Raytheon at the time of award.