Marine Corps to be First in Deploying MUOS for the Battlefield 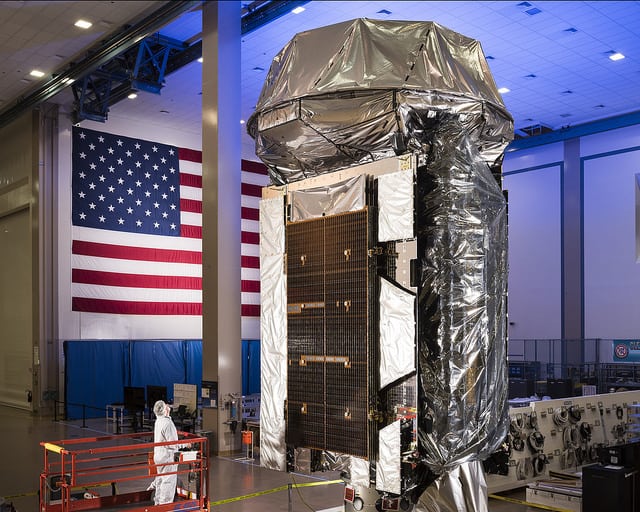 The U.S. Marine Corps is set to become the first service to widely deploy the Mobile User Objective System (MUOS) satellite communication capability for the battlefield as it looks to install the system across its radios by this fall. MUOS capabilities will be fielded to the Marines’ AN/PRC-117G radios through the fourth quarter of FY ’18 with initial operational capability planned for the beginning of FY ‘19, as officials look to boost the force’s line of sight capabilities. The new satcom system adapts commercial cell phone technology connected to Lockheed Martin-built ultra high frequency satellites to improve mobility and operational survivability of battlefield communications on the Marines’ manpack radios.

“MUOS provides several advantages over legacy satcom,” Capt. Shawn Avery, a MUOS project officer for Marine Corps Systems Command, said in a statement. “The most obvious to the operating forces will be the increased accessibility. This will allow us to explore new operating concepts by pushing on-the-move voice and data connectivity to the squad level.”

Marine Corps officials have already fielded many of Harris’ MUOS-ready AN/PRC-117G manpack radios, and will now turn to updating the firmware to best utilize the new waveform. Future software-defined Marine radios will also be fitted to connect with MUOS.

“Previously, infantry companies had limited access to satcom, but now company commanders can employ their Marines beyond line of sight with a higher degree of confidence in maintaining those critical [command and control] links,” Avery said.

The narrowband MUOS waveform makes use of the satellites, first launched in 2012, to focus on a smaller geographic footprint. The stronger connection will give Marines more reliable mobile access with radios and improve communication in satcom-challenged environments.

“The system takes some stress off of the operators, allowing them to walk around on patrol without the range constraints of terrestrial networks,” Avery said. “And in the past, users didn’t have access to the Defense Information System Network over satcom. We either had to hold terrain to extend terrestrial links to provide DISN access, which incurs significant operational risk, or lease commercial capabilities, which have proven costly. With MUOS, we’re meeting the data exchange requirements of today’s force with equipment that is organic to the Marine Air-Ground Task Force.”

This story was originally published on Via Satellite’s sister publication Defense Daily. It has been edited to better serve our audience.