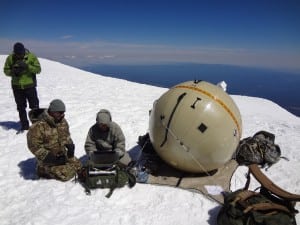 [Via Satellite 01-16-2014] GATR Technologies’ recent $440 million contract comes as a sizeable purchase for the government to make while still dealing with the effect of sequestration. While budget cuts may have dampened sales for many, GATR was able to spin diminished spending into opportunity.

“What we found while dialoging with some of our Department of Defense (DoD) customers is that most of the cuts of sequestration are going to major programs,” Larry Lowe, VP of engineering at GATR, told Via Satellite. “It’s large weapons programs or large vehicles that are taking the hit. If the Army is scaling back on those next generation technologies, then they have to rely more and more on the intelligence and the communication [assets] that they have today.”

The award itself is an Indefinite Delivery, Indefinite Quantity (IDIQ) contract spread out over five years. This means government is not obligated to spend the whole $440 million, but the process for procurement is significantly streamlined. It is up to GATR to drive orders to fill out the entire contract.

“The contract consists of contract line items,” explained Lowe. “Basically you can think of it as a sushi list of products that people can buy. It’s got our core antenna and all the RF electronics, the amplifiers, the modems, and then all the base band gear necessary to make all of our configurations. The benefit is that the prices have been pre-negotiated, so any of the agencies that want our products can just send their money to the contracting office, and then it’s put directly in our contract.”

One of the reasons this opportunity opened up for GATR, according to Lowe, is because the military’s original spending habits had resulted in a bogged down, less nimble warfighter. The equipment being procured, transported and used had over time become bulky and cumbersome. Budget cuts triggered a push not only for more simplified spending, but for a simpler approach to satellite communications infrastructure.

“They’ve had add-on after add-on and all of a sudden we’ve got a military that’s not near as agile as they want to be,” said Lowe. “One of the focus areas that our customers – the Army, the Marine Corps, SOCOM – what they are looking at is how can they shed weight but maintain capability … so they can become the agile military they once were and want to be. Our technology fits that mold very well.” 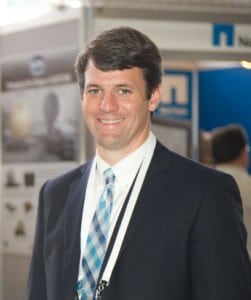 GATR’s pinnacle achievement has been the creation of compact, rapidly deployable inflatable antennae. They take up less space on aircraft, boats, and other vehicles, making more room available for other supplies. The terminal can be set up by a two-man team in 20 to 30 minutes and does not require any special tools. Furthermore, once the stage has been set, an automatic inflation unit fills up the antenna and maintains the pressure for the duration of the deployment.

“I like to describe the difference between the two as the traditional rigid antennas are more brute force, and installing the GATR is more finesse,” said Lowe. “It has a 12-minute inflation time and during that time you are setting up your RF cables, and getting the rest of your electronics in line. Once the inflation is done you attach a feed, use two handles in the front to get it pointed at the right azimuth and elevation. Then once you find the satellite, you lock the cables down and you’ve got your terminal set up for passing data.”

GATR’s antennas are quad-band certified (C-, X-, Ku- and Ka-band) commercially, and have been certified for military use in X- and Ka-band. The terminals work with the Wideband Global Satcom (WGS) constellation and the company is working with Inmarsat to gain approval for use with the Global Xpress constellation. Other commercial satellite constellations are also in their scope, according to Lowe.

The company’s triumph with military sales has allowed it to go largely unscathed while many others are reporting sluggish fourth quarters. Despite GATR’s success, Lowe does not expect inflatable antennas to become the new standard for satellite communications. The $440 million contract is itself the fulfillment of a phase-3 Small Business Innovative Research (SBIR) contract. The inflatable antennas were forged based on SBIR guidelines to make a product tailored to military needs; one that is suitable for fast labile environments where traditional rigid antennas are just not as efficient.

“We’ll never be to the point where we displace rig ids totally,” said Lowe. “Rigids will always have their place in the satcom toolbox, but we are becoming more accepted. We’ve tested it to MIL-STD-810G. We’ve tested it in the wind, in the rain, blowing sand, vibration, drop tests, hot/cold, everything, just to prove that our terminal is up to military standard. If you are going to be in an environment where you are going to need to move around quickly and you need high bandwidth communications, that is where we really excel.”