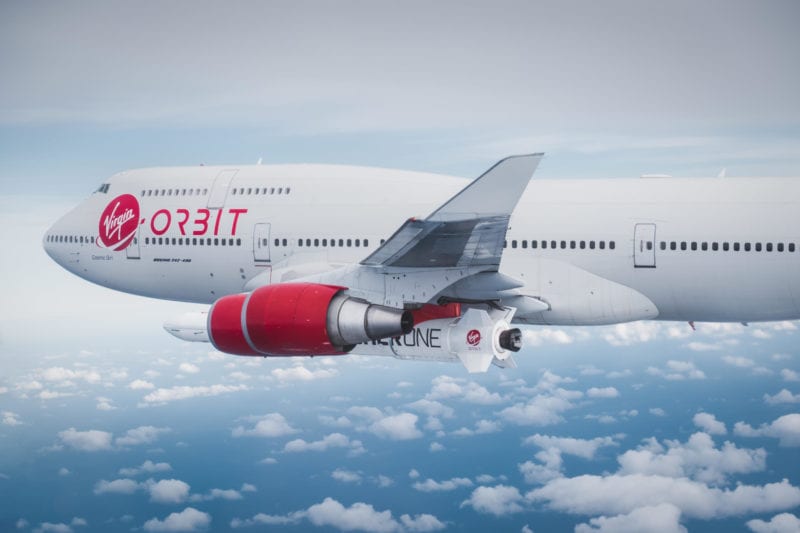 Commercial launch service provider Virgin Orbit will now be able to provide AI-powered insights and data to its government and commercial customers under the terms of a new software agreement the company reached with BigBear.ai (BigBear).

BigBear operationalizes artificial intelligence and machine learning at scale through its end-to-end data analytics platform, Decision Dominance. Its customers include the U.S. intelligence community, the U.S. Department of Defense, and various other the U.S. federal government agencies.

The AI software company announced is new contract with Virgin Orbit on Sept. 17 and said it has already begun working to support Virgin Orbit and its customers through the real-time deployment of AI-powered software for mobile assets in the field. BigBear is also developing applications that can identify objects, analyze ground material, map land and monitor climate in space, and fuse data from multiple intelligence data sources, including the satellites launched by – and, in some cases, owned by – Virgin Orbit.

“By combining our launch capability, satellite constellation partners, and the unparalleled technology of BigBear.ai, we can give the end-users of space systems the means to interpret rich data, identify changes, make well-informed decisions quickly, and to take action,” Virgin Orbit President and CEO Dan Hart said in a statement. “The powerful combination of rapid launch, low-cost satellite technology, and powerful AI is hugely impactful, and allows us to transform capabilities that have been dreamed about for decades into a practical and achievable reality for our civil, national security, and commercial customers.”

Financial details of the agreement were not disclosed.

In late August, Hart and Virgin Orbit announced the company was going public through a special purpose acquisition company (SPAC) merger, in a deal that values the company at $3.2 billion. The launcher’s SPAC news also included an announcement that it plans to move into data and analytics, with Internet of Things (IoT) and Earth Observation (EO) services. The company plans to launch two IoT and two EO satellites in early 2023.

Hart also recently appeared alongside Virgin Group Founder Sir Richard Branson for a fireside chat interview at SATELLITE 2021, during which he explained why Virgin Orbit was incorporating space-based data analytics into its portfolio.