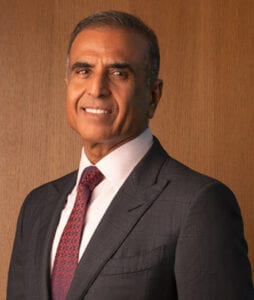 One of India’s most successful and iconic business leaders is coming to speak at the SATELLITE 2021 conference in September. Sunil Bharti Mittal, the founder and chairman of Bharti Enterprises, and now Executive Chairman of OneWeb following a massive $500 million investment into the operator, will deliver SATELLITE 2021’s opening keynote address on Wednesday, September 8th at 8:30am EDT at the Gaylord National Convention Center in National Harbor, Maryland.

During his first ever appearance at SATELLITE, Bharti Mittal will discuss the recent partnership with the UK Government that led to the acquisition of Low Earth Orbit (LEO) satellite constellation operator OneWeb, as well his role as the company’s majority shareholder, alongside investors that include Eutelsat, Hughes Network Systems, and SoftBank.

“The SATELLITE 2021 team and I are thrilled that Mr. Sunil Bharti Mittal will join what we feel is a very powerful opening ceremony celebrating the future of satellite connectivity,” said SATELLITE 2021 Chair Jeffrey Hill. “Mr. Bharti Mittal’s investment in OneWeb symbolizes a powerful endorsement of satellite technology. I’m very excited that attendees will have the opportunity to hear his insight on the true value of satellites delivering connectivity and equity to the global economy at our 40th anniversary event in September.”

Via Satellite Editor-in-Chief Mark Holmes interviewed Bharti Mittal in January. During the interview, Bharti Mittal spoke about his renewed faith in OneWeb and the value he sees in LEO constellation satellite connectivity.