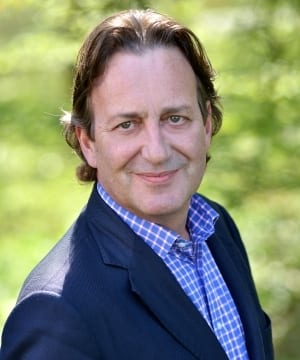 Yves Feltes, the enigmatic marketing and communications executive who worked for SES for over 25 years, died this week in Luxembourg. Feltes was a well-known corporate communication executive in the satellite industry who worked with a number of the operators’ CEOs through the years. Feltes started at SES in 1990 and served for over 25 years during a period of great change for the industry, as well as for SES.

The company’s CEOs from the last 25 years shared their memories of Feltes.

“Everyone at SES is saddened to hear of the passing of Yves,” SES CEO Steve Collar told Via Satellite. “Yves’s love of life and of space was infectious and he did more than anyone else to tell our story for 25 years. When he joined SES, we were a small Luxembourg startup with big dreams and by the time he left, those dreams were more than fulfilled. Our thoughts are with Yves’ family and all those who knew him.”

Romain Bausch, CEO of SES for almost 20 years worked with Feltes closely after he became CEO in 1995. He said to Via Satellite, “Yves communicated relentlessly about and was particularly proud of the many successful satellite launches, the pioneering role SES/ASTRA played in the development of Direct-To-Home television in Europe, the geographic expansion with the acquisition of Americom as well as of New Skies, and finally with the diversification into Non-Geostationary satellites via the investment in O3b Networks. As CEO of the company, I could always rely upon the energy and passion Yves invested into his role which he considered to be more than a job.”

Karim Michel Sabbagh, CEO of SES between 2014 and 2018, added: “He was the consummate advocate and communicator for the space industry. His passionate contribution to writing the space story over the past three decades lives on.”

Telesat CEO Dan Goldberg was previously CEO of New Skies Satellites, which was acquired by SES in 2005. He also spent some time on the SES executive committee, before becoming Telesat CEO in 2006. Goldberg said Feltes contributed to the advancement of satellite communication services and will be greatly missed.

“Yves was a consummate professional and a fine, decent man, with a mischievous smile and lively sense of humor to match. I always admired the manner in which he presented SES to the outside world and was grateful, more broadly, for the favorable light he cast over the larger industry,” he said.