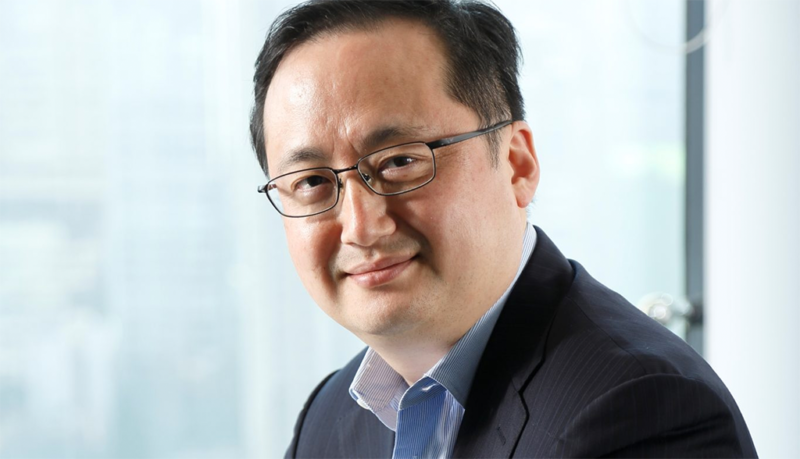 After having been of the biggest critics of Low-Earth Orbit (LEO) constellations like OneWeb, Tom Choi, chairman of the Airspace Internet Exchange, is now putting plans together for his own LEO system called CurvaNet.

Choi’s new venture will include a 240-satellite constellation designed to provide low-cost internet services to around three billion unconnected people around the world. In an exclusive Via Satellite interview, Choi talks about why he thinks his CurvaNet LEO system is needed, what defines an affordable LEO antenna, and why his opinions have changed on LEO over the last few years. Choi also reveals that he has already signed a large customer agreement in the Philippines.

VIA SATELLITE: What are your exact plans when it comes to developing a LEO constellation with CurvaNet?

Choi: Curvalux is a phased array multi-beam antenna installed on mobile phone towers to deliver affordable terrestrial fixed wireless access. CurvaNet is a implementation of Curvalux antennas on Low-Earth orbiting satellites to reach areas that are beyond the coverage of mobile phone towers. Curvalux has undergone extensive testing around the world in over 15 locations. Curvalux just landed our first large signature customer – Globe Telecom in the Philippines, part of the Singtel group. We have a plan over the next five years to provide Curvalux to around 25% of their towers. Curvalux will be used to fulfil the broadband needs in areas where they don’t have a low-cost technology to deliver wireless broadband services.

There is still about 5-10% of the population in the Philippines that can’t be reached by towers. It will be very difficult to install towers in those areas due to the lack of backhaul, electrical power, and sufficient user density to justify the investment. People living in these uncovered areas sometimes have to walk for hours to get mobile services. This is a similar situation in most of the developing markets around the world. Those people require a solution that combines a very low-cost user device and low service fees.

VIA SATELLITE: What ground system are you designing for CurvaNet?

Choi: We have designed and filed a patent for a user terminal that can be produced for a less than $100 which can track LEO satellites while consuming around 5W of power. It is so low cost because it does not use phased array beamforming technology. The antenna will be portable, as it will weigh less than 10 kg. A common person can carry it to any destination, set it on the ground, connect a $10 solar panel to it and switch it on. The antenna will provide a Wi-fi signal to the user and it will connect to the CurvaNet constellation and provide internet access. It is that simple. If you know how use a smartphone and a Wi-fi router, you can install and use CurvaNet. 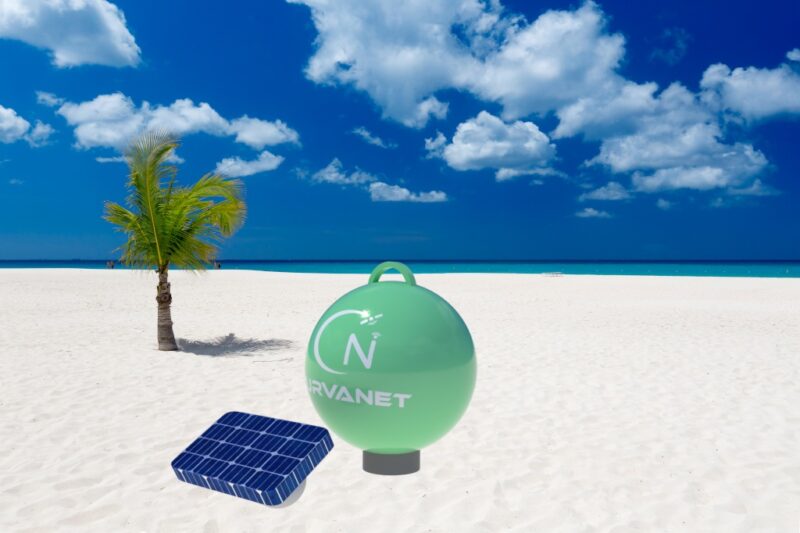 VIA SATELLITE: How is this approach different than what SpaceX, Amazon’s Kuiper, OneWeb, and Telesat are doing?

We are using different technologies and serving a different market segment. I believe aero mobility, government, and maritime are three segments where these broadband LEO systems will find their niches and be competitive against GEO [Geostationary Orbit]. The pricing maybe higher, but they can provide low latency and provide a differentiated offering where the cost of the user antenna and available power are not issues for customers.

While we have the unique $100, our constellation will also cost one tenth of the competition’s. Our initial constellation of 240 satellites will be developed and launched for less than $500 million because we make our own satellites, payload, and user equipment. Our sister company Saturn Satellite Networks is building cost effective small GEO satellites using the Novawurks HISat. The HISat can also be used to create low cost but high powered LEO satellites like CurvaNet. Each one of our satellites will have about 50 Gbps of capacity and 2 kW of power. Although we will depend upon third party launch providers, we will be as vertically integrated as anyone.

VIA SATELLITE: Your mission seems to be similar to O3b’s original purpose of connecting 3 billion unconnected people. Are you trying to pick up where they left off?

Choi: I would say if anyone has a chance to provide internet connectivity to three billion people who don’t have access, we have the best shot. We want to give the person in a remote rural area basic broadband connectivity of over 50 Mbps, where they can share a $100 antenna with their family and neighbors and since our constellation will be one tenth the cost of our competitors’, we will be able to provide tariffs below $0.20 per gigabyte. With our CurvaNet antenna we strongly believe we have the strongest proposition to realistically serve three billion people without internet access. These people do not have sufficient income to afford a $500 phased array antenna that costs $100 per month that requires 100 W of electrical power which they don’t have nor can afford.

In 2020, we undertook a 100 country global survey of top telcos, ISPs, government regulators and aid agencies, we received remarkable feedback. The most notable feedback from most of them was that they see CurvaNet as the first constellation that was designed for the needs of the user on Earth. Based on pricing and features we don’t doubt we will sufficient customers to make a return on investment.

VIA SATELLITE: When will the first satellite be launched? How long will it take to get all 240 satellites up?

Choi: We are finalizing a financial support agreement with a top ten country in terms of global GDP. It is a country that is giving quite a bit of financial support, and I think we will be able to announce something this summer.

Our initial launch of 60 satellites will go to the equatorial region where most of the unserved people are. We believe we will have more capacity than any other LEO constellation for the equatorial region even with our first launch. The second and third launches of 180 satellites in a higher inclination will provide coverage for the remaining 99% of the landmass of the Earth. The first 60 satellites will cover over 1.5 billion people so we will generate income with the first launch. The second and third will happen about 18 months later.

We are breaking up our program into three phases starting with a demonstration phase where we are planning to launch one satellite, payload and user terminal as a proof of concept and risk mitigation. Based on the success of the first launch the commercial investors will step in when the program is materially de-risked.

VIA SATELLITE: You have been a pretty outspoken critic in the past about LEO constellations like OneWeb. Does this mean your opinion of LEO has changed?

Choi: After much consideration, my opinion has changed that LEO systems will work for certain government applications and mobility. I believe for these market segments, they will have a much competitive advantage over GEOs because they provide lower latency and line of sight will not be a problem. Consumer broadband may work in North America, but it won’t work in emerging markets. Using a $2,000 LEO phased array antenna, even if subsidised to $500 and charging $100 a month, will not work in Africa, South America, or Southeast Asia. The consumer broadband market will be mostly addressed by terrestrial wireless where towers are available or GEO HTS.

Curvanet will be there for those who can’t afford GEO HTS. We are targeting a service for those people at the edge of civilization who need extremely affordable internet access. I decided to do the CurvaNet project because I saw the solutions that are being proposed by the other LEO systems will not be economical to the three billion people that don’t have income, who don’t have electricity access. If these systems were designed for these people I wouldn’t have started CurvaNet.

VIA SATELLITE: Is CurvaNet the most ambitious and risky satellite project you have undertaken, given the lack of success of other LEO constellations?

Choi: With Curvalux, we built a high tech wireless business from scratch and secured one of the biggest mobile operators in the world in an open competition against the biggest wireless technology companies and defeated them. Those challenges were bigger than our plans for Curvanet. We already know how to build the satellites, payloads, and user terminals and most importantly we have spoken with more than 100 global customers who told us they will buy the services. Maybe things are getting easier with more experience.

I would say there are already successful LEO systems in the market such as Iridium, Globalstar, and OrbComm. I believe the key to any business is understanding your customers, their needs and building a solution that serves their requirements. I have spent 25 years providing satellite and wireless broadband in emerging markets so Curvanet is designed based on the needs of those people.