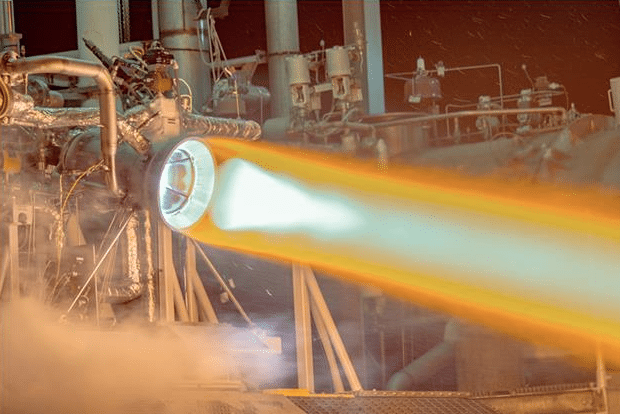 Lockheed Martin’s surprise announcement Sunday that it has agreed to acquire propulsion systems developer and manufacturer Aerojet Rocketdyne in a $4.4 billion deal, will lead to better integrated end products and improved manufacturing, James Taiclet, the company’s president and CEO said on Monday.

Aerojet Rocketdyne is a supplier of rocket and tactical motors to Lockheed Martin and other aerospace and defense customers for launch vehicles, tactical missiles, missile defense systems and emerging hypersonic weapons. About 35% of the company’s current sales are from Lockheed Martin.

Taiclet said Lockheed Martin will preserve Aerojet Rocketdyne’s merchant supplier status to other companies in the industry just as Northrop Grumman was required to do when it acquired the former Orbital ATK, which competes with Aerojet Rocketdyne in the market for rocket launch vehicles and tactical propulsion systems.

But, the vertical integration with a key supplier will be a win for Lockheed Martin and federal customers, in particular the U.S. Defense Department and NASA, Taiclet said. Customers need more capability amid a coming period of flattening budgets, “and what that’s let us to believe is that we need at Lockheed Martin to enrich our platforms with more mission systems content to enable our customers to successfully navigate that feature,” he said during a conference call with analysts to discuss the pending transaction.

Since taking the helm at Lockheed Martin in June, Taiclet has emphasized the need for greater innovation in the defense industry and at his company to take advantage or rapidly evolving commercial technologies and operationalize them quickly for military customers. The deal for Aerojet Rocketdyne, which is expected to close in the second half of 2021, is also in line with his vision for a 21st Century warfare strategy, which “includes enabling growth areas such as hypersonics, tactical missiles, integrated air and missile defense, and space systems,” Taiclet said.

The company is also a key teammate of Northrop Grumman on the Air Force’s new ICBM program, the multibillion-dollar Ground-Based Strategic Deterrent, supplying propulsion systems for the upper stage of the ballistic missile.

Bringing a key supplier of propulsion systems in house will allow a better marriage with Lockheed Martin’s missile and rocket products, leading to better upfront designs, benefiting customers “from an efficiency perspective, tighter engineering integration, better production planning, etcetera,” Taiclet said. There will also be revenue synergies ahead because systems will be more affordable, better integrated and in the customers’ hands sooner, he said.

End customers will also benefit from not having to absorb the fees that Lockheed Martin typically is charged by Aerojet Rocketdyne when it supplies its propulsion products, he said. Those fees will go away, Taiclet said.

Ken Possenriede, Lockheed Martin’s chief financial officer, said the company estimates about $100 million in annual pre-tax cost savings synergies as a result of the acquisition. About one-third of this savings will be returned to customers through cost-reimbursable type contracts, he said.

Asked why the companies didn’t wait to finalize the deal until after the incoming Biden administration comes to power in January to understand what new leadership at the Defense Department thinks, Taiclet replied that timing is driven by the availability of assets, the rationale for acquiring them, and then agreeing to price and terms.

As for regulatory reviews, Taiclet said industry can’t control that. He said that given the government’s previous blessing of Northrop Grumman’s purchase of Orbital ATK — which like Lockheed Martin’s proposed deal brought in house a supplier of rocket engines and tactical propulsion systems — requiring Orbital ATK’s rockets and motors business to continue as a merchant supplier industry, a similar arrangement might be expected for Lockheed Martin and Aerojet Rocketdyne.

Byron Callan, an aerospace and defense analyst with Capital Alpha Partners, said in a client note on Monday that the proposed acquisition will “the first test of the Biden administration and its views on defense sector consolidation and structure.” He has “moderate confidence” that the transaction will go through.

If the deal collapses, Lockheed Martin has agreed to pay Aerojet Rocketdyne a $150 million termination fee.

Lockheed Martin said its sound balance sheet will allow it to continue investing in the company, repurchasing shares and paying dividends.

This story was originally published by our sister publication Defense Daily.