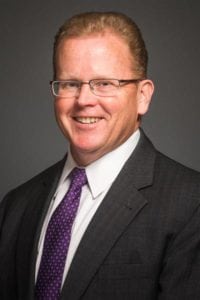 KVH Industries CFO Don Reilly will retire this year, the mobile connectivity company announced Thursday. The board of directors has appointed COO Brent Bruun as interim CFO, effective Nov. 2, and initiated a process to identify a new CFO.

“During Don’s tenure, KVH solidified its standing in the markets we serve, and Don played a key role in helping to formulate the exciting strategic growth opportunities that we are pursuing today,” commented said CEO Martin Kits van Heyningen.

Since 2016, Bruun has served as KVH’s COO with operational and financial responsibilities for corporate development and the mobile connectivity business unit. He has also had direct responsibility for the inertial navigation business unit since 2018. Bruun joined KVH in 2008 and served as executive vice president of the mobile broadband group, the company’s largest business unit, and was involved in transitioning KVH from a hardware to a services company.  Bruun was previously senior vice president with the former SES Americom.