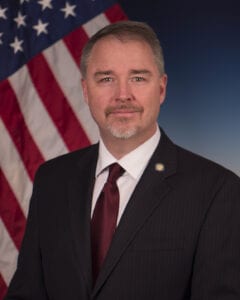 Dr. Fred Kennedy, the inaugural director of the Space Development Agency (SDA), has been appointed president of Momentus, the in-space satellite transportation company announced Tuesday. The appointment was effective Monday.

Kennedy most recently served as the inaugural director of the SDA, a U.S. Department of Defense agency responsible for developing threat-driven space architectures to sustain the U.S.’s technological advantage in space. He has also led the Tactical Technology Office (TTO) of the Defense Advanced Research Projects Agency (DARPA), and served as the senior policy advisor for the White House Office of Science and Technology Policy (OSTP). He is a retired U.S. Air Force colonel.

Mikhail Kokorich, founder and CEO of Momentus commented: “Dr. Kennedy has a proven track record of leadership and innovation throughout his career in the Department of Defense and brings a wealth of expertise in satellite systems and space technology to our team. We are confident that Dr. Kennedy’s extensive technical experience and relationships across the aerospace and defense industry will support Momentus’ efforts to advance and deploy our leading-edge technology for low-cost satellite transportation.”