Es’hailSat Makes Deal with Eutelsat to Fully Own Satellite 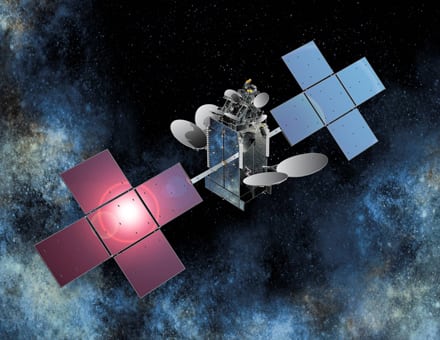 Eutelsat has sold its interest in its Eutelsat 25b/Es’hail 1 satellite to Es’hailSat in a deal worth 135 million euros ($156.30 million), the company announced yesterday. Eutelsat’s share of the satellite generated FY2018 revenues of approximately 16 million euros supporting video applications.

Eutelsat 25b/Es’Hail-1 was launched by Arianespace in 2013 and became Qatar’s first communications satellite. The satellite, based off an SSL 1300 satellite bus, is deployed to 25.5 degrees East, providing coverage of Middle East, North Africa and Central Asia.

Eutelsat said the divestment of this non-core asset is in line with its strategy of optimising its portfolio of businesses in the context of its policy of maximizing cash generation. It said this deal has no impact on its revenue objectives which are at constant perimeter, and will be absorbed within the Group’s EBITDA margin target. The discretionary free cash flow objective excludes the impact of the disposal.