Via Satellite’s Top 10 Spaceflight Photos in 2017

Each year, the global space industry raises the bar on what mankind is able to accomplish beyond the confines of the Earth’s atmosphere. Amid the uprise of fully reusable rockets and record-breaking smallsat launches, we’ve curated a gallery of our favorite moments in spaceflight in 2017. 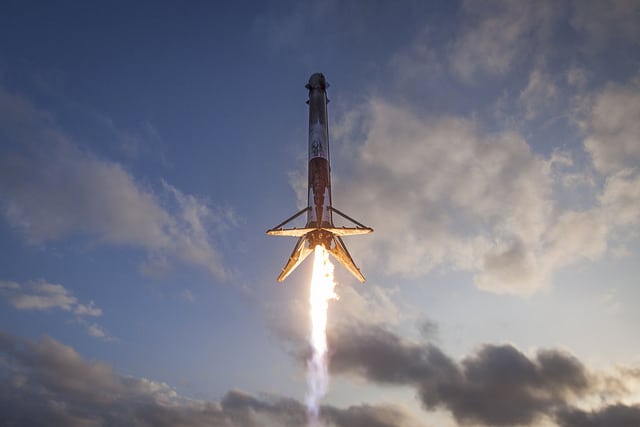 This photo captures SpaceX’s Falcon 9 as it extends its carbon fiber legs for the company’s first ever rocket relanding in March. 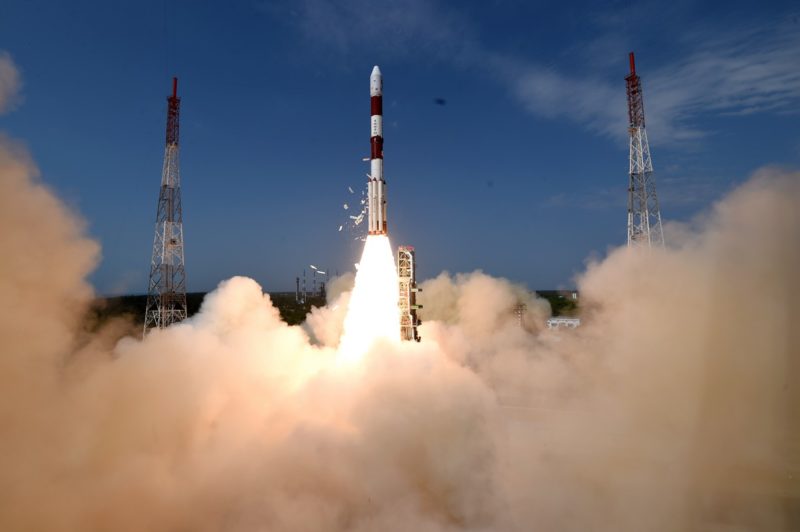 In February, the Indian Space Research Organization (ISRO) broke the record for the most satellites (104 in total) deployed in a single launch. 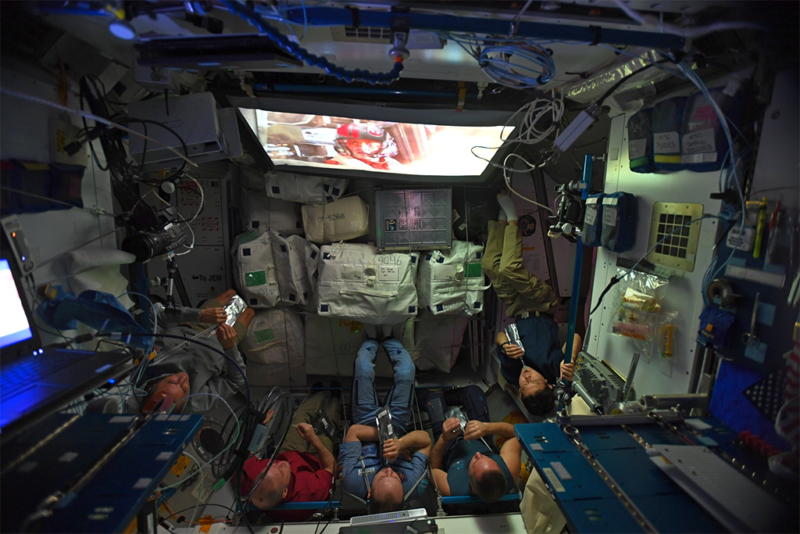 Astronauts aboard the International Space Station (ISS) settle in (with juice bags in hand) to watch Star Wars: The Last Jedi. 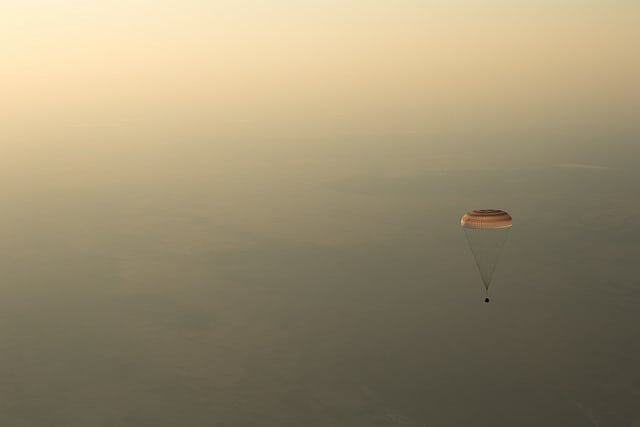 The Soyuz MS 4 spacecraft descends with astronauts Fyodor Yurchikhin, Peggy Whitson and Jack Fischer aboard near the town of Zhezkazgan, Kazakhstan on Sept. 3.

Planet angled a Dove satellite 50 degrees off-nadir to capture this time lapse of a Soyuz launching 48 of its own satellites in July. 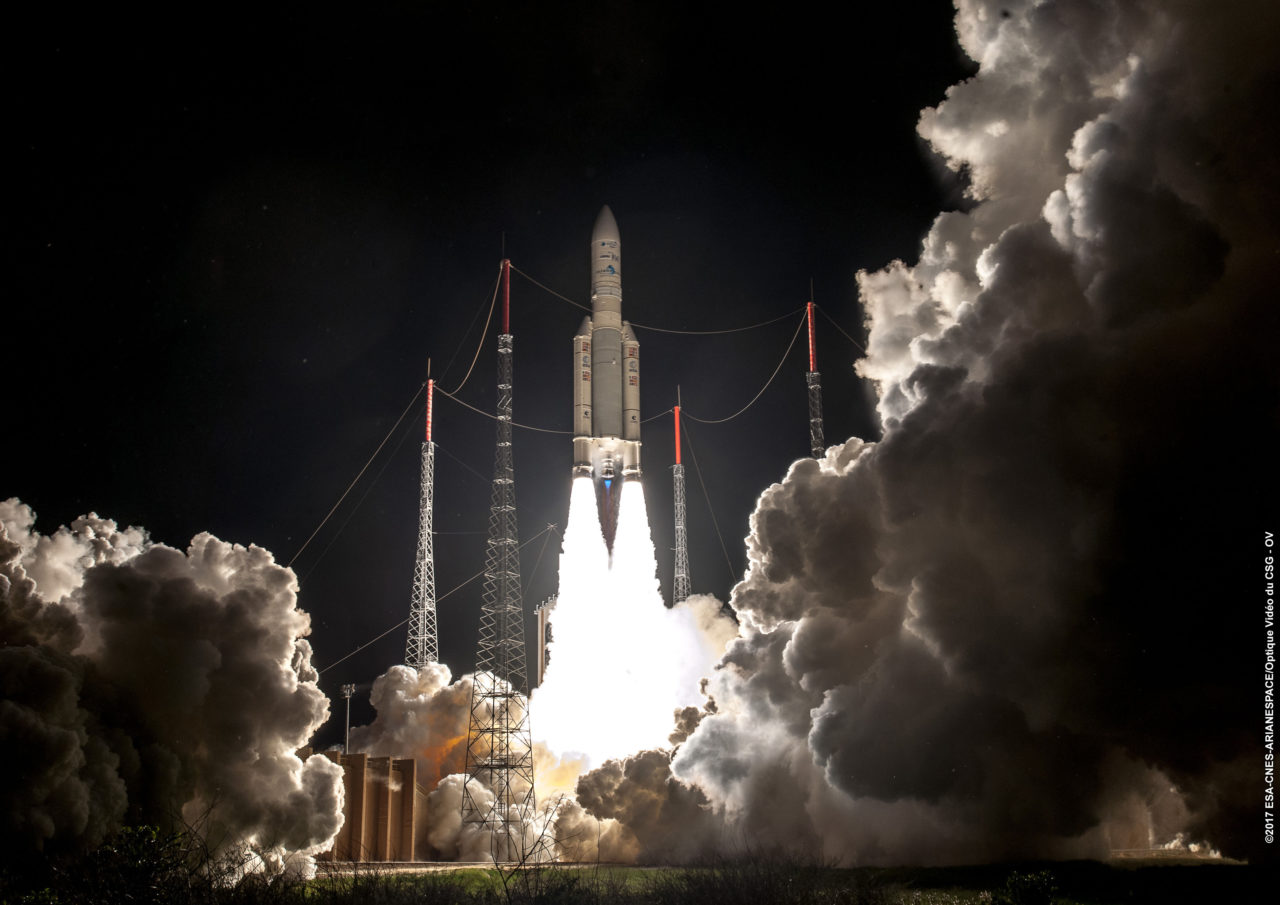 Ariane 5’s gas plumes contrast starkly against the night sky during the launch of Intelsat 37e and BSAT 4a in October. 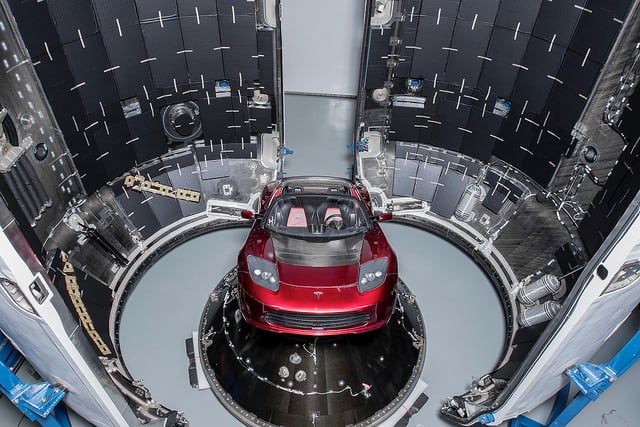 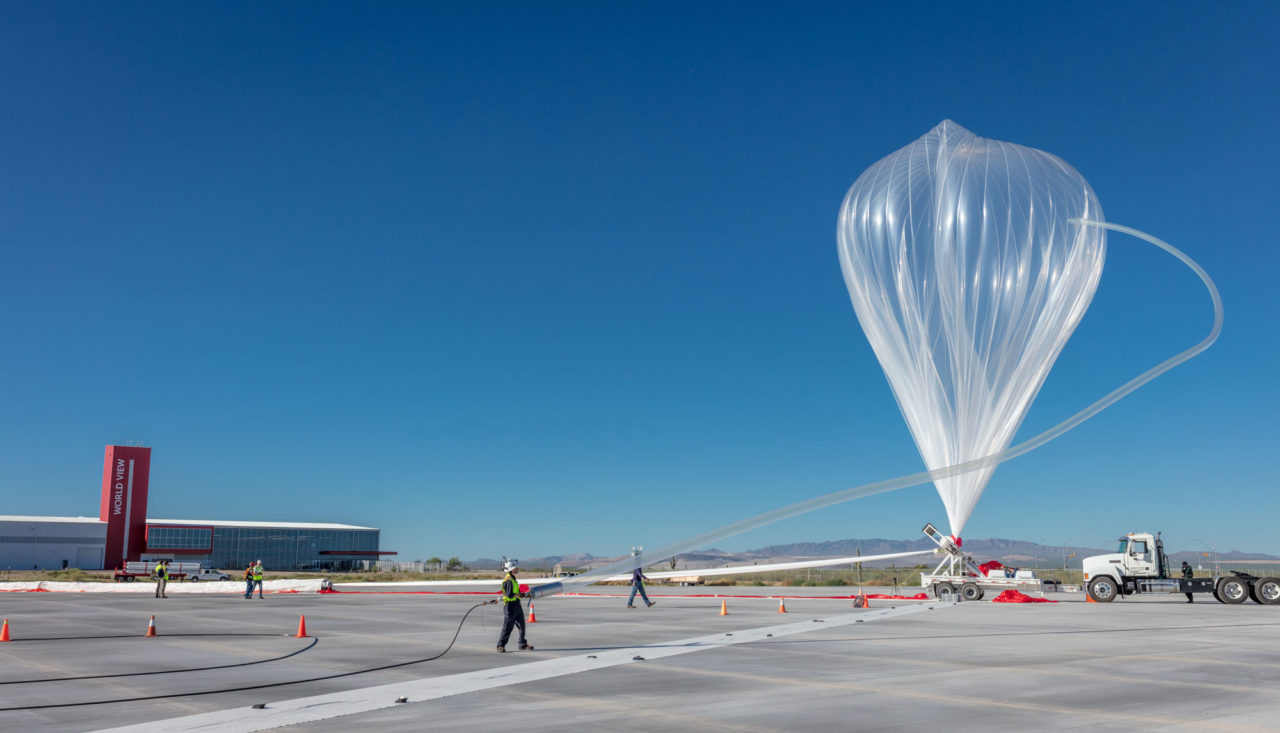 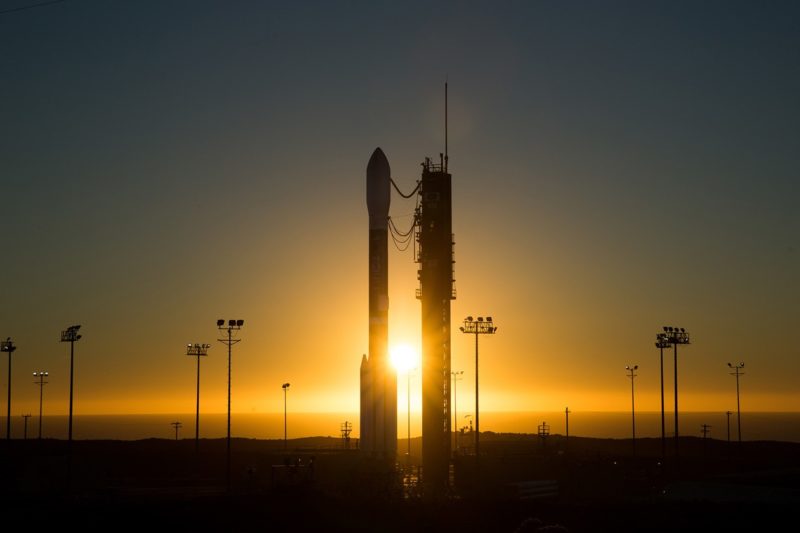 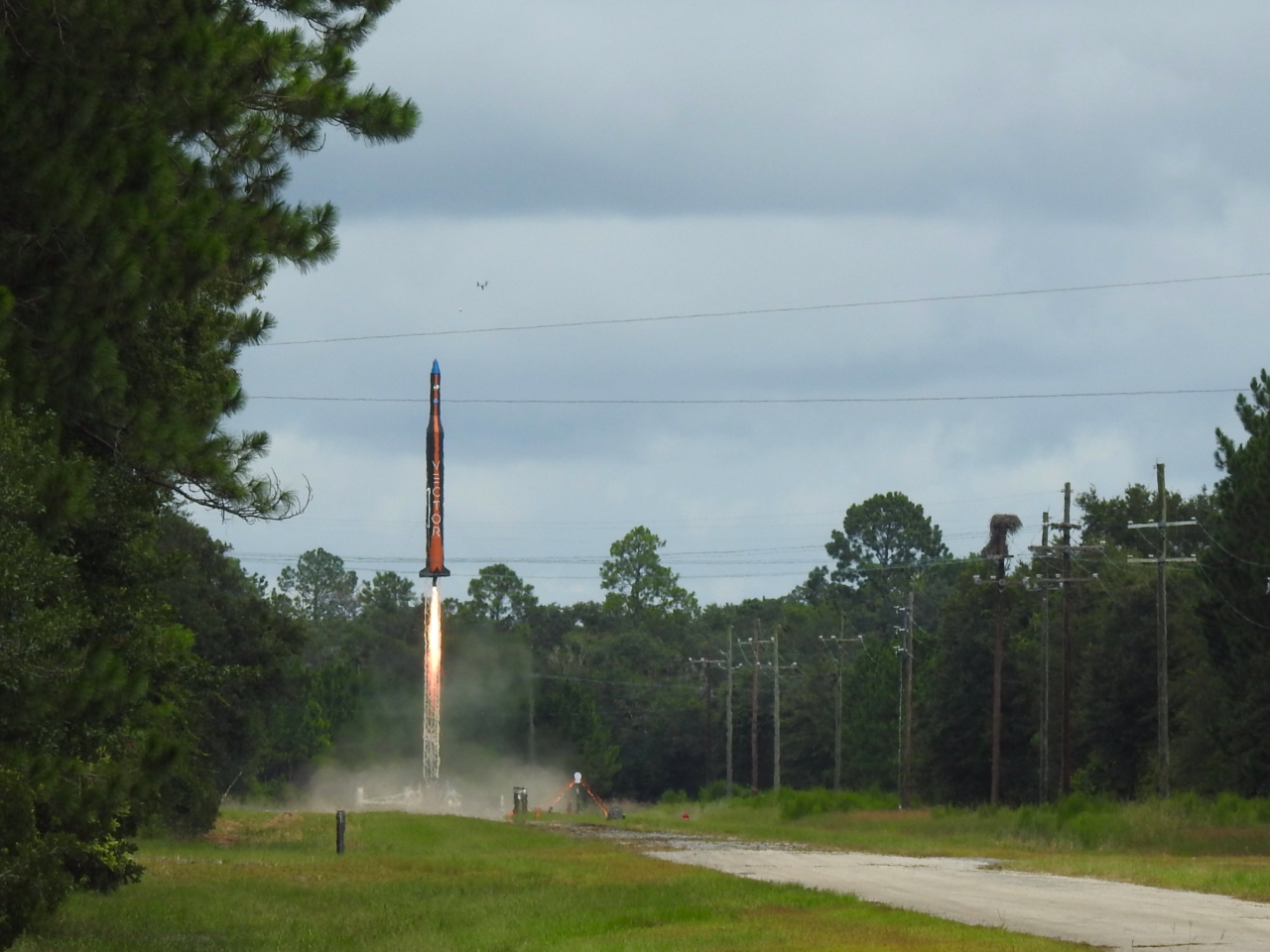 In August, Vector Space Systems highlighted the minimal ground infrastructure needed for its Vector R rocket by conducting a test flight in the middle of an empty road at Georgia’s Spaceport Camden.

Honorable Mention: Floating in the Abyss 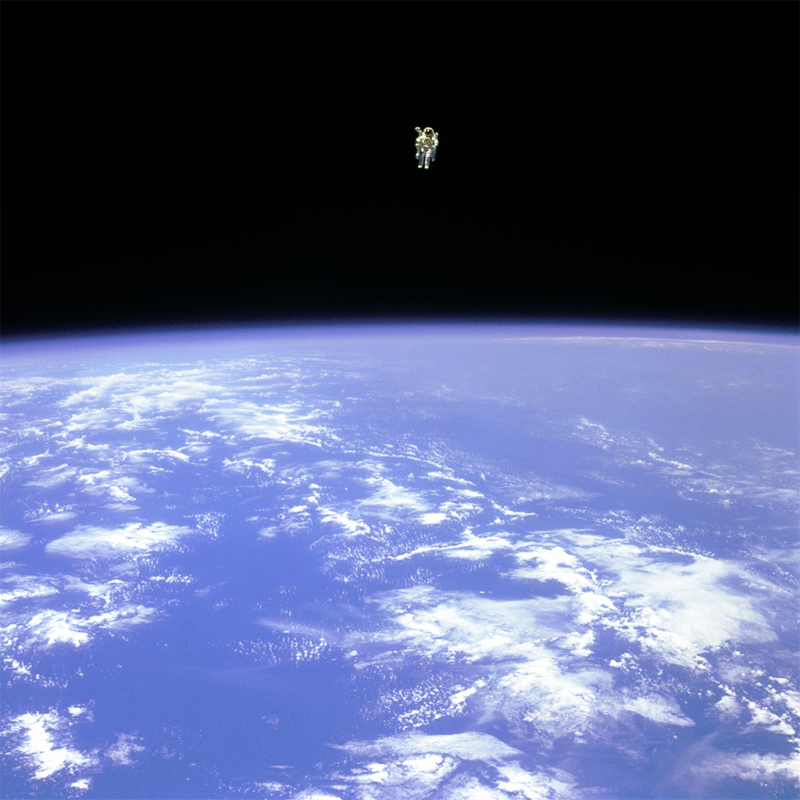 Former NASA astronaut Bruce McCandless II passed away on Dec. 21 at the age of 80. In memory of his passing and his contributions to the space program, NASA republished this iconic 1984 photo of McCandless free-floating 320 feet away from the ISS’ Orbiter.