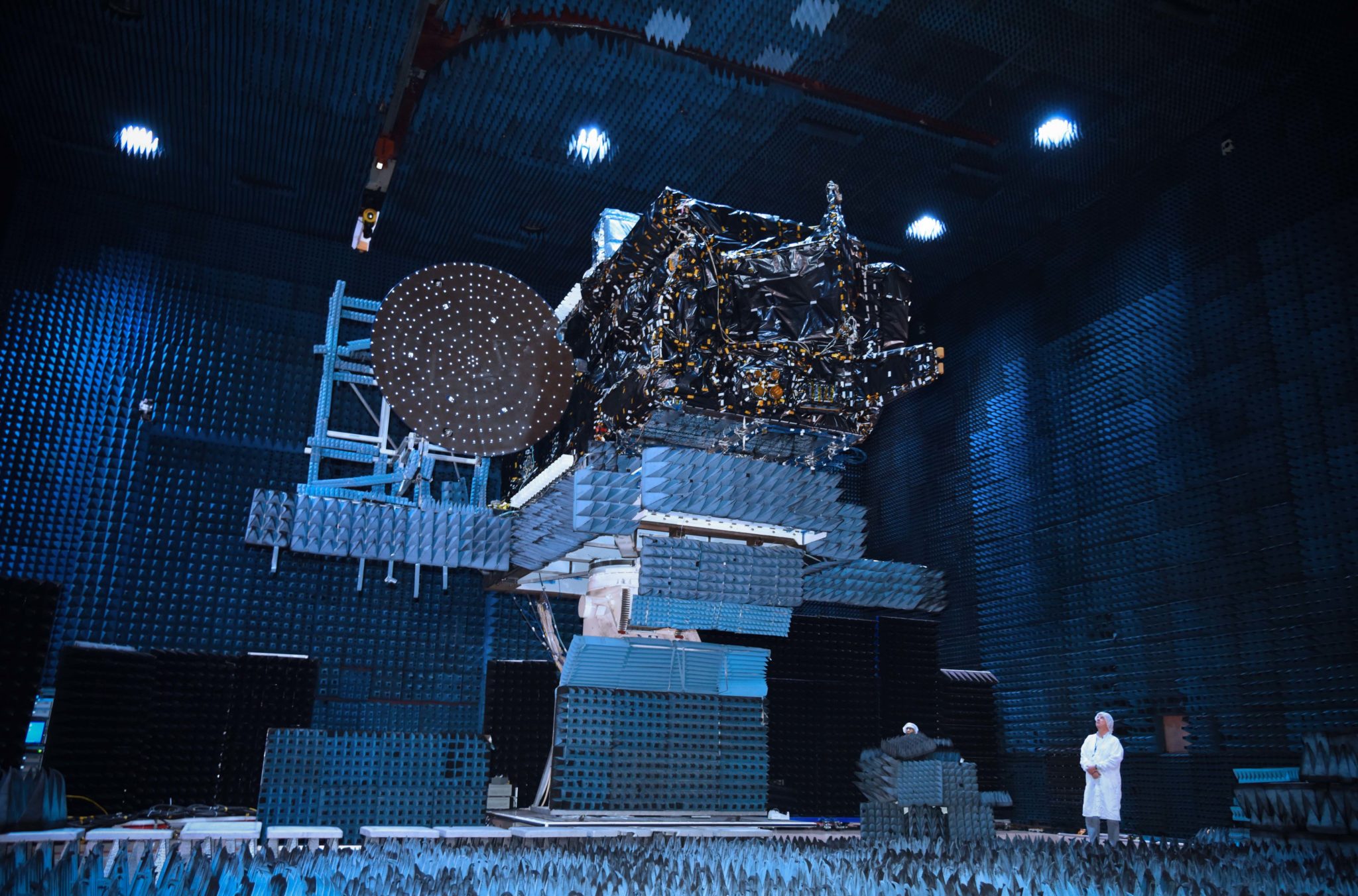 [Via Satellite 09-22-2016] Space Systems Loral (SSL) has certified the EchoStar 21 satellite ready to ship ahead of a fourth quarter 2016 launch. The communications satellite — to be located at 10.25 degrees east — was intended for launch in April 2016, but was placed in storage after the delay of its May 2016 Proton launch. SSL has now completed final shipment preparations at its Palo Alto, California facility, where the spacecraft will remain in storage until EchoStar receives notification of launch vehicle availability.

EchoStar subsidiary EchoStar Mobile Limited (EML) will use a portion of EchoStar 21’s capacity to provide commercial communications wholesalers with a network for IP-based Mobile Satellite Services (MSS) for voice and narrowband data services in Europe. EML is an EU-wide licensee authorized to provide an integrated MSS network with a complementary ground component. The company has provided notice of the completion of construction and temporary storage of EchoStar 21 to relevant EU and member state regulators.

Recently EchoStar also deepened a contract with Xavient, which over the past year has added development, support and testing platforms across various consumer level applications catering to the Over-the-Top (OTT) industry. Through Xavient’s OTT Lab, the firm tests the performance and functionality of software in a growing number of platforms and mobile devices that deliver OTT programming to consumers. These devices include Apple TV, Microsoft’s Xbox One, and the Samsung Galaxy Tablet, among others.