SpaceX to Build Texas Spaceport With $15 Million in Incentives 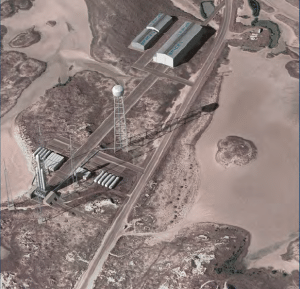 [Via Satellite 08-05-2014] SpaceX has announced its plans to build a private spaceport in Brownsville, Texas. The news came on Aug. 4 from Gov. Rick Perry’s office.  The company, which already has property in the state, had been eyeing the state’s coast for a launch site.

“SpaceX is excited to expand our work in Texas with the world’s first commercial launch complex designed specifically for orbital missions. We appreciate the support of Gov. Perry and numerous other federal, state and local officials who have partnered with us to make this vision a reality,” said Elon Musk, CEO of SpaceX.

Texas is offering more than $15 million in incentives for SpaceX to build the spaceport. Gov. Perry allocated $2.3 million from the Texas Enterprise Fund, and through the Spaceport Trust Fund, the state would provide another $13 million to the Cameron County Spaceport Development Corp. to build the site. The governor also urged the United States Federal Aviation Administration to approve SpaceX’s proposed launch site.

From a geography standpoint, Texas has strategic benefits for launch companies, according to Frost & Sullivan Aerospace and Defense Senior Industry Analyst Michael Blades. “Texas is a very desirable location for a new space launch facility,” he said. “Being one of the southernmost portions of the U.S., south Texas is closer to the equator which means less rocket power is required to reach escape velocity, or a given amount of rocket power can transport larger payloads into space. As SpaceX is vying to become the preeminent commercial space launch company, they must offer multiple launch options while keeping costs down.”

The new pad would facilitate up to 12 launches per year, according to a Record of Decision (ROD) from the FAA. SpaceX said it needs the new site to accommodate its launch manifest and meet respective deadlines. Those 12 launches would include the Falcon 9, Falcon Heavy and possibly suborbital missions. The company proposed a maximum of two Falcon Heavy missions per year from the Texas site out to 2025. Early launches would come with strict oversight from the FAA.

“The FAA would likely issue launch-specific licenses for the first few years of operation from the exclusive launch site,” the agency wrote in its ROD. “SpaceX may then apply for a launch operator license, which lasts for five years and covers the same family of vehicles.”

Of concern was the environmental impact on the surrounding region. The Lower Rio Grande Valley National Wildlife Refuge is not far from the Brownsville site. In May the FAA said in its Final Environmental Impact Statement that the effects of such launches would be tolerable.

Quickly following the spaceport decision, SpaceX launched the commercial satellite AsiaSat 8 using a Falcon 9 from Cape Canaveral Air Force Station in Florida. The launch took place today at 4 a.m. EDT. For the Texas site, the FAA’s NOC said there could only be “one nighttime launch per year,” and expects that the majority of launches would occur between the hours of 7 a.m. and 7 p.m.

“In addition to creating hundreds of high tech jobs for the Texas workforce, this site will inspire students, expand the supplier base and attract tourists to the south Texas area,” Musk said.