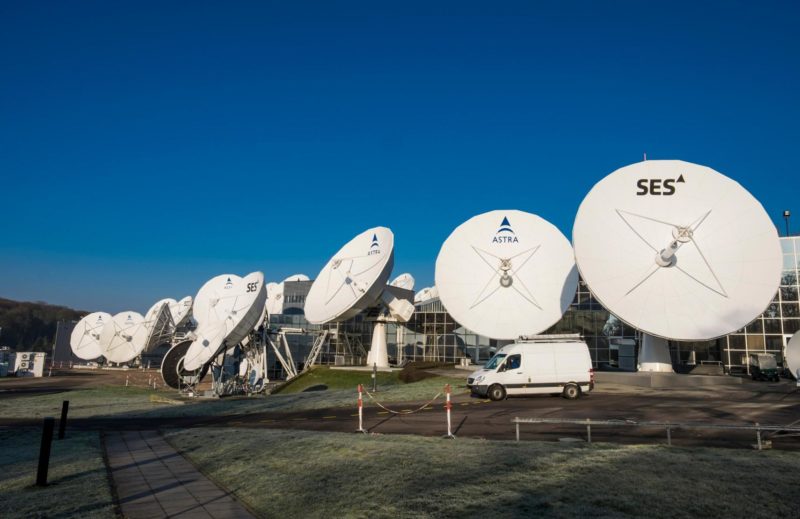 SES has won contracts in the European public service broadcasting arena worth over 66 million euros ($79.97 million), the company announced Feb. 22. The company signed multi-year capacity agreements in backlog with multiple public broadcasters in Europe throughout 2020, which will enable millions of satellite TV households across Europe to continue watching SD and HD content. The public broadcasters who have signed contracts directly with SES include ARD and ZDF in Germany, BBC in the United Kingdom, BVN in the Netherlands, as well as TV5Monde and France 24 from France via its partner Globecast.

“Satellite is an invaluable distribution resource today and it will remain so in the future, providing broadcasters with the largest reach, unmatched reliability, bandwidth efficiency and the ability to deliver superior content quality to millions of TV households in Europe,” said Steve Collar, CEO of SES.

The configuration leverages an in-theater hub and provides in-beam connectivity, similarly to a hub-spoke configuration, and is managed and controlled from an SES Network Operations Center (NOC) via a Skala Network terminal. The solution utilizes two MEO beams in loopback mode across five sites, each providing up to 450 Mbps of capacity, connecting users to required points of presence.