“Not a Great Prognosis” on Satellite Pay-TV in Asia 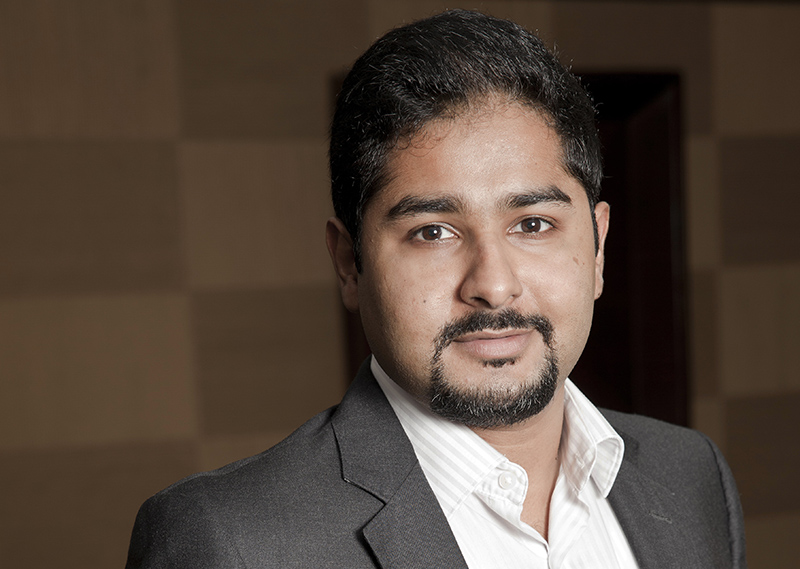 “I don’t see a great prognosis for the satellite industry. The operators may have a different perspective, but the demand for consumer services via satellite has been going down, both from a Freesat and pay-TV perspective,” Media Partners Asia (MPA) Vice President Aravind Venugopal, one of the most respected market analysts in the Asia-Pacific region, told Via Satellite.

Over the last decade, the Asian pay-TV market has been rich pickings for satellite operators, as a number of new Direct-to-Home (DTH) operators have emerged hungry for capacity. But, the boom period could now be over. Venugopal who covers the broadcast market in Asia believes for satellite operators wishing to sell capacity in this market, things are on the verge of getting much tougher, particularly as the so-called 4K revolution shows no sign of happening. “My understanding is that there isn’t much demand for Ku-band capacity at the moment,” he added. “The one thing that could change from a capacity requirement perspective is if a lot of 4K channels launch. But to be honest, I don’t see many launching in the next 12 months. While 4K TVs are being sold, consumer demand for 4K has not scaled — from both a DTH or cable perspective — at this point in time. Where we have seen 4K content being made available is on online video platforms, rather than DTH. It is the likes of Netflix and others offering 4K and High Dynamic Range (HDR), at least at the moment.”

Tata Sky Chief Executive Officer (CEO) Harit Nagpal — one of the standout success stories of satellite pay-TV operators in the region — is also pessimistic about the future of 4K. He added, “Can you show me a broadcaster broadcasting in 4K? And if you can, I will get you a 4K box. How many 4K channels do you have? Show me a country outside of South Korea that has more than one 24 x 7 4K channel. We are a carrier. I don’t think 4K will happen in the broadcast world, full stop. We started talking about it five years ago. So, if you are not able to have one country with more than one full time 4K channel then I don’t think it will happen. If it was to happen, it would have done so by now.”

So, what has gone wrong? Obviously, Asia is made up of a number of different country markets, each with their own dynamics, however there are some common trends in a number of markets. For example, you have low broadband penetration in many markets, which in theory should help DTH growth. You have emerging middle classes, which are prepared to pay a certain amount for entertainment. Yet, according to Venugopal, satellite subscriber growth has been impacted even in countries where broadband development is not scaling up. If you look at Thailand, satellite has not grown much. Free-to-Air (FTA) satellite penetration has saturated, while pay-TV has been on the decline across much of Asia,” he added. “That isn’t necessarily because of the onset of online video platforms. Piracy is also a major factor. Similarly, DTH services (ex-India) have often been positioned and priced as premium offerings. While prices have dropped, satellite pay-TV prices have been high in South East Asia, and customers that can afford pay-TV, have slowly moved towards other forms of entertainment.”

The industry has come together to solve the piracy problem, but need a lot of support from governments and regulatory bodies. It is not seen as a priority. However, in the last 12-18 months that has started to change.

While piracy has been an ongoing issue in the market — and a problem that seems to have existed for decades — the problems for DTH in Asia goes beyond that. Venugopal believes there has been a lack of innovation in the market and says innovation in pay-TV is not coming from the satellite pay-TV players. “I think the last major innovation we saw in the pay-TV industry was the DVR, followed by HD,” he said. “We haven’t really seen anything after that, 4K has yet to take off. The pay-TV industry has lagged in terms of innovation, in terms of new services and features, and user experience. All the recent innovation in terms of feature sets has not come from pay-TV operators, but from online video platforms. Netflix has been the gold standard here.”

With pricing pressure in many major markets, pay-TV can be a tough sell, given that Average Revenue Per Users (ARPUs) are traditionally a lot lower than what we see in developed markets in North America and Western Europe. “The markets that have been most impacted by the decline in pay-TV, I would say are Singapore, Malaysia, and Hong Kong — the three developed markets followed by Indonesia and Thailand. If you look at overall numbers, while pay-TV is growing, it is growing off the back of bundling with broadband,” added Venugopal.

It seems that lack of innovation and piracy are the main issues impacting satellite pay-TV players. “There is certainly-cord cutting going on, but it isn’t cord-cutting in the truest sense like what’s seen in the U.S. In Asia, it is a combination of people moving to both online video services, as well as cheaper pirate services. There is a fair amount of piracy in markets such as Indonesia, Thailand, Singapore, and Hong Kong. In Singapore and Hong Kong, markets where you have high-speed broadband, Illegal Streaming Devices (ISDs) are quite openly available,” said Venugopal.

It seems that the market is in a bit of a vicious circle when it comes to satellite pay-TV, as broadcasters have also been feeling the squeeze in the region. “Pay-TV channel group revenues are down, and margins have been impacted. A lot of the pay-TV deals that have come up for renewal in the past 12-18 months have been either flat (at best), or down. When a pay-TV operators cuts content costs, that loss of revenue has to be compensated somewhere else in the chain. That could mean the closure of channels. That impacts the amount of capacity that is being bought. It impacts all the satellite operators. With increased Mergers and Acquisitions (M&A) in the channel and broadcast sector, it’s only a matter of time before channel offerings are further rationalized. And that means that satellite capacity will be affected,” said Venugopal.