Chicago Start-Up Aims to Help Networks Keep Up with OTT 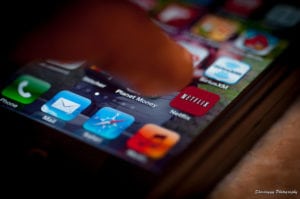 [Via Satellite 11-23-2016] As consumers look to cut the cord on their cable providers and make the switch to contract-free Over-The-Top (OTT) video platforms such as Netflix, Hulu and Amazon Prime, traditional unicast delivery methods are proving inefficient as OTT video consumption skyrockets, slowing delivery and hoisting prices. The Chicago-based company V-Satcast, launched in July 2015, is in the process of addressing this congestion and price hike by developing hybrid broadcast/broadband OTT multicast streaming platform with the aim to quell the OTT digital video bottleneck and streamline delivery, enabling the further proliferation of OTT.

“Video is truly the pig going through the python. It is giant files, and when you try to access them through remotely hosted data centers where you have millions of replicated copies of exactly the same file being downloaded in millions of one-to-one unicast legacy session oriented [Transmission Control Protocol/Internet Protocol] TCP-IP internet, it is proving to be massively expensive as a distribution medium,” Fotheringham told Via Satellite.

And OTT video consumption is only expected to grow, with Cisco Systems anticipating that video will exceed 80 percent of all internet traffic by 2018. Moreover, the migration to HD, 4K, 8K, 3-D and extremely high resolution video applications such as Virtual Reality (VR) stands to exceed the capacity of existing Internet Service Providers (ISPs).

“The problem is in that first and last mile and how much contention there is for the available bandwidth. If you’re part of the lucky 5 percent of U.S. consumers that get your ISP services via fiber, you’re looking good. If you’re in the next 16 to 20 percent that enjoys a very high quality hybrid fiber co-axial cable infrastructure in your neighborhood, you’re also looking pretty good. But if you’re in the other 80 percent of Americans that are using some form of a shared, overbooked ISP service, whether that’s a cable loop carrier or an independent telco or cellular operator using your ISP in the radio access network, you are going to have some serious challenges keeping up with capacity, and that means the operators,” said Fotheringham.

Moreover, the OTT video market is still poised for growth, with OTT service users in the U.S. alone expected to jump from a reported 173 million in 2014 to nearly 200 million users in 2019, according to a survey by eMarketer. Fotheringham believes that consumers will be faced with a worsening quality of service as more people start participating in OTT video consumption on demand.

“The reason it’s working fairly well so far is because so few of us are actually using it. If you look at the penetration of OTT video across the country you will find we are in a 35 to 40 percent penetration range of the addressable market. If you go peel back some of the analysis that has been done by the Internet Advertising Bureau, who aim to dissemble what’s in the OTT video world, in reality, those already converted are only using OTT for about one-third of their video consumption. When you have one-third of the people using OTT video via their ISP for about one-third of their video consumption, that is a relatively modest percentage of the overall attempts at login and downloading across the internet,” said Fotheringham.

To address this, V-Satcast aims to pre-position tens of thousands of video files at the consumer edge. The system plugs into existing contribution networks that are cloud-hosted in the same way that current OTT video is hosted in virtual instances with Amazon Web Services and other hosting environments. Video creators or distributors upload their content to the V-Satcast cloud-based hosting platform and those upstream libraries are then organized and delivered to V-Satcast’s satellite uplinks and delivered initially to a U.S. footprint where the capacity is distributed nationwide into consumer receivers.

“What we have done is taken a couple of the trends, the growing demand for streaming video on demand, the super efficiencies of satellite multicasting to take that IP video and send the same information to millions of people at the same time and piggybacking and standing on the shoulders of what is the demand for over-the-top video,” said Fotheringham.

The company is working with Intelsat as its strategic vendor for the space segment and leveraging Intelsat’s ground facilities to deliver the network. Currently, V-SatCast is working with a number of vendors to build consumer-facing edge devices in which to store large caches that can be integrated seamlessly into the satellite receivers. Fotheringham expects to have the caches ready for market circa late 2017. The company is also working to introduce wholesale satellite Content Delivery Network (CDN) services for second- and third-tier ISPs by the first quarter of next year.

While the platform is currently on its way to being introduced in the U.S., in the long term Fotheringham believes it will have a larger application in the developing world where broadband internet does not yet exist.

“Just look at the Amazons, Ali Babas, etc., e-commerce is on the rise dramatically, but those broadband e-commerce portals have a very, very difficult time finding their way out into the marketplace,” said Fotheringham. In the future, he believes V-Satcast will be able to pre-position components of the broadband internet in local caches in developing countries. The caches will be prepositioned via satellite, but access to those broadband files will be local, and the consumer, using their 2G cellphone or Wi-Fi-enabled device, will be able to access those files locally using narrowband internet connectivity.

For now, however, the company is working to release the platform as soon as possible in order to leverage its time-to-market advantage in the U.S.

“What we’re doing is not proprietary, it will be — and I believe should be — replicated by a number of other operators. The [Direct-to-Home] DTH players could certainly deploy these types of services if they so desire … We are just running as fast as we can to make sure that we have the first mover advantage.”