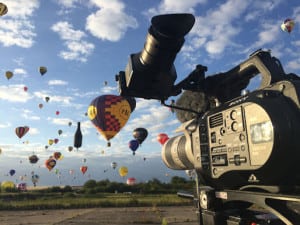 [Via Satellite 03-17-2017] SES has included Ultra-HD programming from Mance Media’s 4KUniverse on the operator’s UHD1 Ultra-HD channel. 4KUniverse content includes documentaries, theatrical movies, experimental films, feature films and television series. The Ultra-HD content will be featured on UHD1 and is delivered over SES 3, one of three SES satellites (SES 1, SES 3, and AMC 18) that comprise the company’s Ultra-HD distribution neighborhood at the center of the orbital arc over North America.

“With the support of global satellite operator SES, our 4KUniverse content and channel will be available to millions of cable, [Internet Protocol Television] IPTV and other subscribers across the U.S. and around the world,” said Matthew Mancinelli, founder and CEO of 4KUniverse.