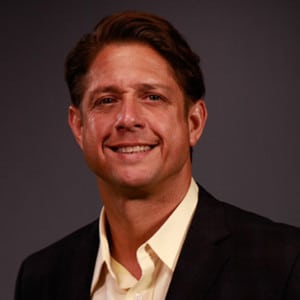 [Via Satellite 06-25-2015] Olympusat Telecom, the leading distributor of Spanish language networks in the U.S., expects the growth of IP based video services such as Over-the-Top (OTT) and Internet Protocol Television (IPTV) will progress in a manner complementary to satellite broadcasting. The communications company owns approximately 35 channels, and distributes another 40 in the United States and around the world, and has amassed thousands of hours of Video on Demand (VOD) content. As online and non-linear content grows in popularity, Olympusat notes favored methods of distribution are changing as well.

The primary reason, according to Powers, is the viewing patterns of Millennials.

“I think the market change we are looking at largely has to do with Millennials ages 18 to 34 that just really aren’t comfortable with, nor are they really anticipating using, that bundled approach that you see from traditional systems. They want to watch what they want, how they want to watch it, when they want to watch it. It is the Millennial demographic that is really connected to utilizing services like Hulu and Netflix, Facebook and YouTube — all IP-enabled services that deliver content are the wave of the future,” he explained.

Olympusat provides a myriad of video services, including satellite distribution, having uplink facilities to Intelsat satellites from Atlanta, Ga. and Nashville, Tenn. Among its customers are the likes of Comcast, TWC, Verizon FIOS, AT&T U-verse, and in some cases DirecTV and Dish Network. Powers said most customers will backhaul content originating point via private lines, Level 3’s VYVX, or Olympusat’s OT Express, an IP-enabled point to point video broadcast service. The company’s primary use of satellite is to provide an extended service to several existing customers.

Olympusat also has a partnership with VO Orange in France, delivering the majority of content by IP. Powers also pointed to Dish’s OTT Sling service as a trailblazing example. But with this ever-increasing shift, he expects satellite will continue to be a favored method in many cases.

“At the end of the day all of these head-ends have to get to a network. Satellite, not only is it cost effective, it’s very acceptable by most operators. I see it as complementary,” he said, adding that, “satellite services will always be a medium to provide connectivity to major head-ends for all the major cable and telco systems. It’s something that everyone is comfortable with, it works very well and is very consistent.”

Olympusat has a full transponder dedicated to High Definition (HD) broadcasts, and anticipates consumer demand will introduce 4K and even 8K into the market. The company is also looking to enter markets, particularly in the Americas, along with Middle East, Africa and Asia. Powers said the growth of IP services, such as IPTV and OTT, is not cannibalizing satellite, and that should more customers request satellite services, the company would look to add another transponder. Ultimately he sees these new distribution methods growing in tandem in an environment where satellite will have a steady role to play.

“It is a trend that is going to keep moving, but I do believe that there will always be a fit for satellite. There will be a fit for terrestrial broadband network services and then new IP delivered services utilizing the Internet,” said Powers.