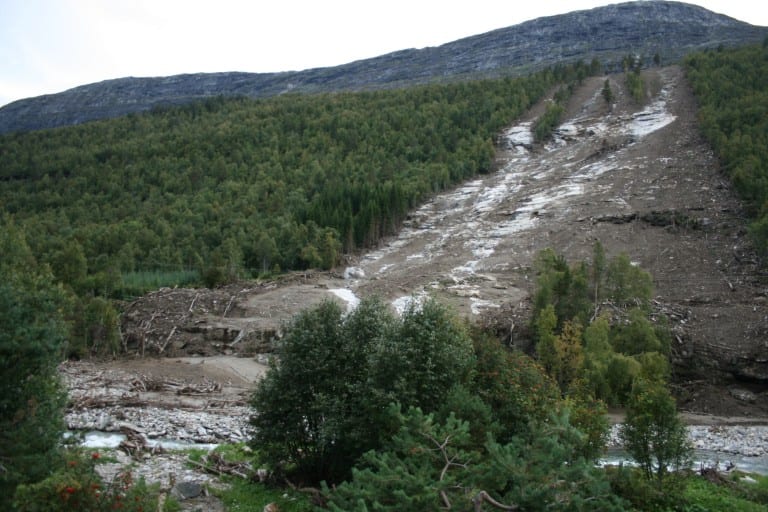 Landslide in 2011 at Romsdalen, Norway. Photo: Knut Stalsberg via Inmarsat

On Earth Day, Inmarsat announced a deal with the European Space Agency (ESA) to help in the area of national disasters. The satellite operator, alongside SINTEF, one of Europe’s largest independent research organizations, and fellow Norwegian company Geonor, won a three-year contract with ESA to develop a natural disaster early warning system. The deal was announced April 22.

Using Inmarsat’s global L-band satellite network the consortium will develop a new government grade Internet-of-Things (IoT) solution that can provide early warnings in the event of a natural disaster, even in  remote locations. The government IoT solution is capable of monitoring a range of geohazards, such as landslides and flooding.

A Norwegian pilot of the program will monitor landslides in the Trøndelag region of central Norway. The area is highly susceptible to various types of geohazards events due to the topographic, geological, hydrological, and meteorological conditions characteristic for this region.

“Providing critical safety of life services that are secure and reliable for our government customers is central to Inmarsat’s mission. Norway can experience thousands of landslides every year and we are keen to see how this ESA pilot can make a positive impact to public safety,” Nick Shave, Inmarsat’s vice president of Strategic Programs, Global Government said in a statement.